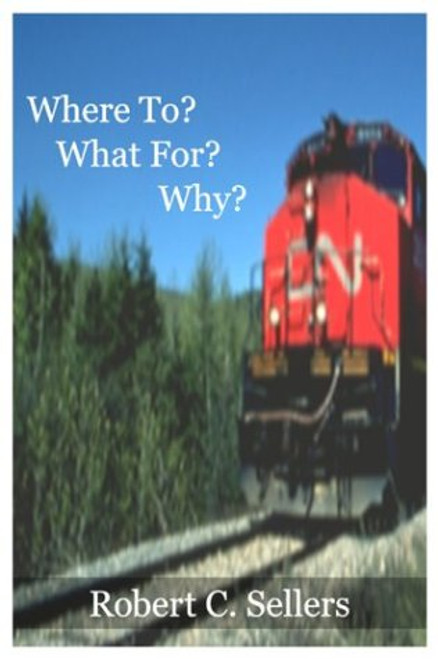 by Robert C. Sellers Where To? What For? Why? reflects the thinking of the author on the current state of American culture and expresses his impressions of both positive and negative trends in modern society. For anyone who likes the unexpected and a touch of conservative philosophy, Where To? What For? Why? offers enjoyable reading. About the Author: Robert C. Sellers began his career with very little formal education, and as he struggled with this handicap he discovered a natural talent for writing, which he relied on to give him a competitive edge in the technological field of naval aviation maintenance. He spent thirty-give uninterrupted years in this calling, beginning with the build-up for World War II and ending in 1975. After his retirement the author returned to school and earned a bachelor of arts degree in history and speech communication. In the spring of 2002 Mr. Sellers decided to try writing some short stories but drifted into simple poems expressing his philosophical and religious convictions. Where To? What For? Why? is a collection of his work from the summer and fall of 2002. He believes truth is the highest virtue and the one that needs attention in America today. (2003, paperback, 68 pages)

Whispers from the Balcony: Poems, Short Stories, and Observations

Where Have All the Flowers Gone: gone to graveyards everyone