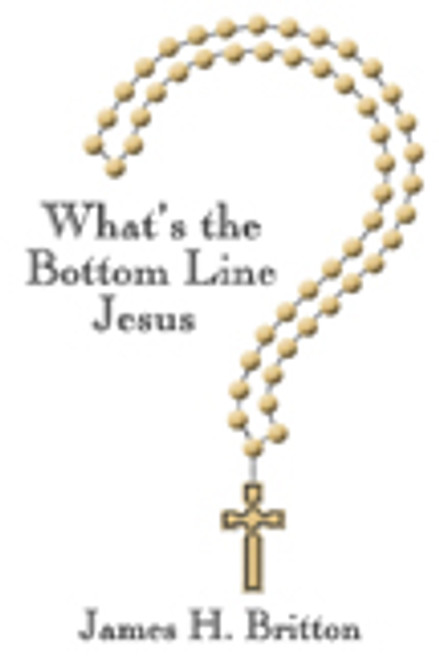 by James H. Britton In Whats the Bottom Line Jesus, author James H. Britton delivers a mystical, illuminating novel exploring one mans search for meaning in a complex and troubling world. A man, Jim, who in the eyes of the world has everything, finds himself increasingly dissatisfied with his life, feeling empty and looking for answers. Finally and reluctantly, Jim haughtily interviews Jesus, who has been pestering him. Jim demands the bottom line solution to his situation. Instead of answers, Jesus gives him a book which, later on, turns out to be a Bible. From that point, the Bible spurs Jim into a slow, often bewildering and discouraging journey through the Old and New Testaments. Told in an experiential, stream-of-consciousness style, the novel takes you into the mind of the protagonist as he strives to make sense of what hes reading. Along Jims journey, he has a series of initially unsettling conversations and visits with Jesus, Archangel Michael, and other supernatural figures. Will this journey lead Jim to the bottom line and if so, will he find Epiphany or depression. ABOUT THE AUTHOR A native of San Antonio, Texas, James H. Britton graduated from the United State Military Academy at West Point in 1957, the same year he married his wife, Barbara, with whom he raised five children. He is currently enjoying his retirement and his ten grandchildren. (2003, paperback, 108 pages)