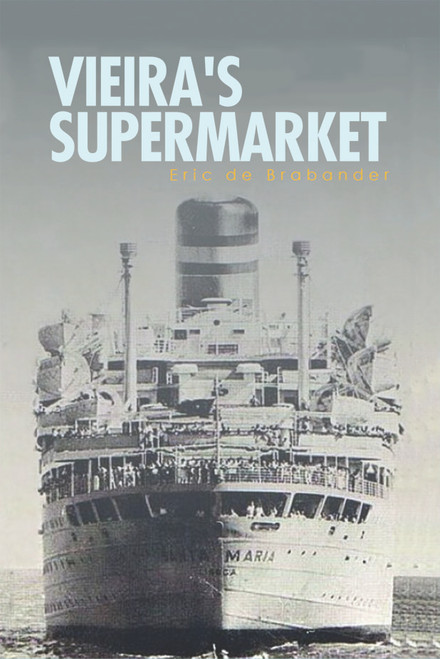 Curaçao, 1961. The Portuguese steamship Santa Maria has barely sailed out of the harbor of Willemstad when it is hijacked. The hijackers, freedom fighters, have only one demand: the departure of the dictators Franco and Salazar, from Spain and Portugal, respectively. Salazar’s reign of terror and the resulting economic stagnation prompted an exodus of Portuguese citizens to Latin America during this time, up until the Carnation Revolution of 1974.

Fifty years after the hijacking of the Santa Maria, grocery store owner Francisco Vieira of Curaçao discovers after a mysterious phone call that one of the hijackers is his presumed long-lost father who has been living in Brazil all these years. He decides to go visit him but is confronted with the brutal family history. A history weighed down with guilt and shame, hidden for decades from the world after the hijacking of the Santa Maria. And for good reason.

Eric de Brabander is a Dutch Caribbean author. He has written five novels and a bundle of short stories, was co-writer of two children’s books, and wrote different essays. Reviewers of his novels compared him with the great South American magic realism writers of the twentieth century. De Brabander himself is a book reviewer for a Curaçao newspaper. He is also a dentist and published different scientific articles in international dental journals. He is married and has two kids.

Mother Was a Militant Conservationist: A Treatise on Vagabonding, Rock Climbing, Kayaking and Advocacy

Words from the Heart: Volume 1