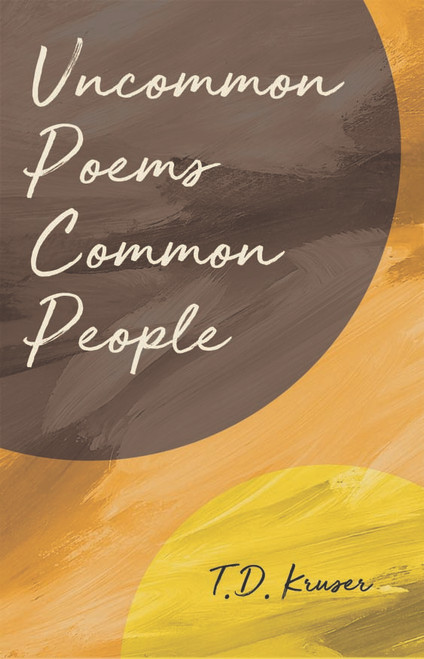 Uncommon Poems, Common People is a compilation of poems written over the past 40 years. It combines the traditional poetic elements of turn of phrase and open and multiple interpretations for the reader while at the same time most of the poems are written in commonsense language that most people will be able to relate to and find easier to understand. What makes this book interesting is that it reflects the common experiences and emotions that most all of us go through and are able to relate with; additionally, its message is very relevant in that most everyone searches for both meaning and a sense of purpose in their lives, despite life's obstacles and pitfalls. What makes Uncommon Poems unique is that it offers to the reader the possibility that a path can be found, that life is not hopeless, and that with the proper growth and guidance, it is possible for all/anyone to come to a place of self-peace and contentment in their own lives.  It is intended to be enriching, inspiring, and to instill within the reader a renewed sense of hope and purpose.

T. D. Kruser is active in various ministries in his local Episcopal Church in Federal Way, WA. He has been writing for over 40 years and this is his second book; his hobbies are reading and travel. He was raised in Iowa, the youngest of five children, and has overcome numerous personal challenges that reflect his writing and which have helped him to grow and develop into the person that he is today.

T. D. is an Air Force veteran of nine years and served at various bases worldwide. He graduated with a BS in Pharmacy from the University of Iowa in 1991 and was a practicing Pharmacist for 23 years. He is a retired cancer survivor.

Following Footsteps: Thank you Dad, for making me a hunter. - eBook

Penguins in the Savannah - eBook