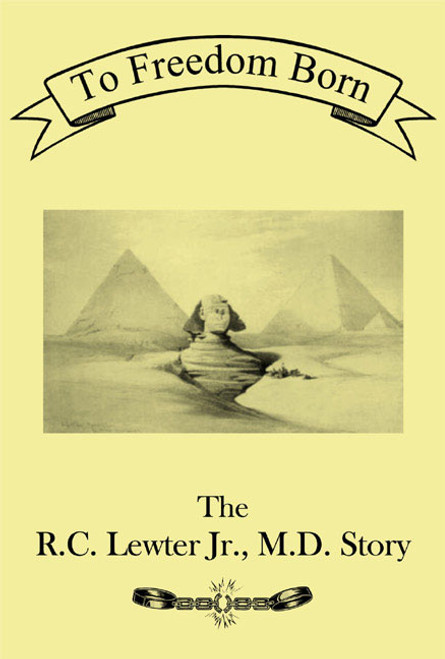 When God leads man to a calling, who is man to resist the urging of the Lord? When Rufus Cleveland Lewter, Jr., was born, his family knew he was destined to become a physician and healer. Rufus knew his destiny and relished the thought of fulfilling the will of the Lord. But when the time came to enter medical school, Rufus found that there were those who would stand in the way of the Lords demands. An African-American who had served his country proudly in armed conflict, Rufus found that he was not welcome in American medical schools. His career voyage took him overseas, overcoming tremendous odds and familial strife Rufus went on to become the first African-American to be educated in Egypt as a physician. But things were not to be easy for this man of mercy, as his move back to the United States was filled with more heartache and despair. How much would Lewter be able to take before he gave up on the Lords requirements and took down his shingle? Would he be able to maintain the sanctity of his marriage when he was the only one who felt strong in the wedding vows? And what discrimination would Rufus be able to overcome to help those in need, both physically and spiritually? To Freedom Born: The R.C. Lewter Story chronicles the life of this amazing man as he struggles to overcome obstacles and odds that surely would have broken other men. Lewter shares a strong determination and triumph of character that will inspire readers to new heights of resilience and awe. Lewter/Layton/2002/paperback/186pp
×

To Break Your Heart