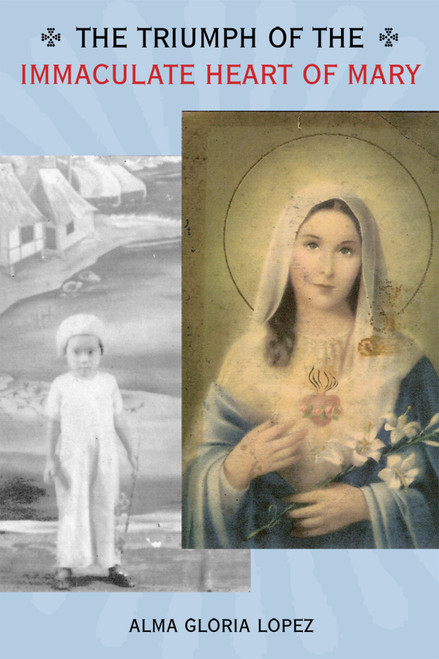 In todays world, when most of the people are secularized to the bare bones, will anyone still want to play the part of the messenger of God, knowing the hardships that lay ahead?

Alma Lopez, a devout Catholic, is more than willing to be called the Gods messenger by going the distance of a true worshipper and follower of Christ and the Church, which she has known to be the true religion. She had been to numerous pilgrimages, had witnessed numerous miracles, and had claimed that she had a very open communication with God the Father, Jesus Christ, the Virgin Mary, and many angels and saints. She received many messages that warned mankind of an impending end-times and final judgment of God, and that she had been given an instruction on how people can avoid Gods wrath and eternal damnation in hell.

In order to impart the messages, she wrote a book called Triumph of the Holy Cross of Jesus in 1998, which she hopes will get the recognition of the Pope and the whole Roman Catholic Church as a whole. She had gone to the Vatican in Rome just to personally deliver the message of God to the Pope, and wrote several letters, wherein she indicated that God is displeased with the way the services in the Roman Catholic Church had been reformed, calling the changes blasphemous and the modern Church an apostate.

The trials she had been through in accepting the role of the herald of God, testimonies of other people as proof that she is not a fake, the miracles, and letters to Popes John Paul II and Benedict XVI are documented in this new book, The Triumph of the Immaculate Heart of Mary.

Alma Gloria Lopez was born and raised in the Philippines where she also worked as a pharmacist. She and her family moved to the United States where she became a real estate and loan broker and where she currently lives in Los Angeles, California.