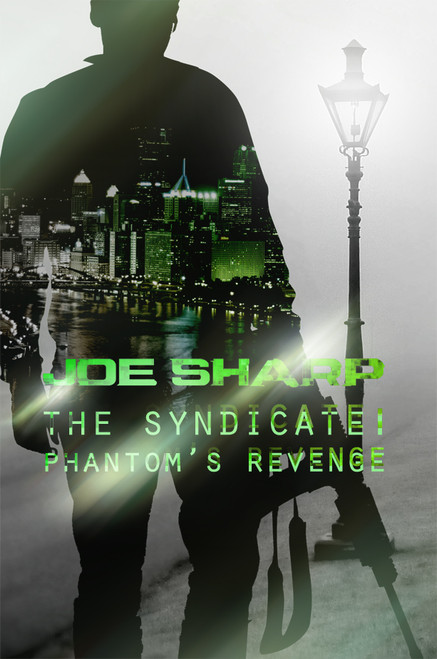 Working for The Syndicate, a company that literally has its hands in every aspect of the world, has often put Phantom in treacherous positions. But his situation takes a much darker turn for the worse when his most recent mission leads to the murder of his wife. Phantom directs his rage at taking down The Syndicate, whom he believes bears responsibility for his wifes death. Partnered with the dangerous and enigmatic Ghost, Phantom throws away the rules he used to play by. As this adventure unfolds, two questions remain constant. Will Phantom succeed in his quest for vengeance? Will he go too far to get it?

As a child, Joe Sharp formed an everlasting love for the characters in the comic books he read. Defending his favorite superheroes and villains was as serious to him as defending religion is to adults. As he grew older, he understood the stories better and developed a fondness for creating drama and comedy, along with portraying hateful anger and heartfelt adoration.

Joe Sharp is also a die-hard Pittsburgh Steelers fan who grew up near Baltimore, Maryland.

The Tale of Dottie: A Wumperdump Land Book