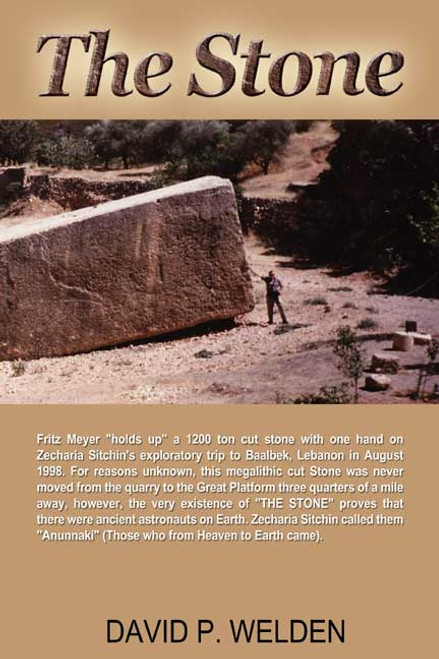 by David P. Welden In The Stone, author David P. Welden presents evidence to prove the existence of ancient astronauts, known as the Anunnaki, who created Homo sapiens. The book details how the modern species of humans was formed via genetic manipulations between Homo erectus and the Anunnaki. The author reveals firsthand accounts of people who have been aboard alien ships. He also provides a detailed timeline of the chronology of Earth from 450,000 B.C. to 2023 B.C. Welden goes on to explain the genetics behind it all, including a discussion of mitochondrial DNA and the role of the Y chromosome. At the end of the book, Welden offers his own conclusions based on years of study and empirical evidence. ABOUT THE AUTHOR David P. Welden has an interest in UFOs and has taken seven exploratory trips with Zecharia Sitchen, a noted expert on the subject. He lives in Iowa Falls, Iowa, with his wife. (2006, paperback, 170 pages)
×