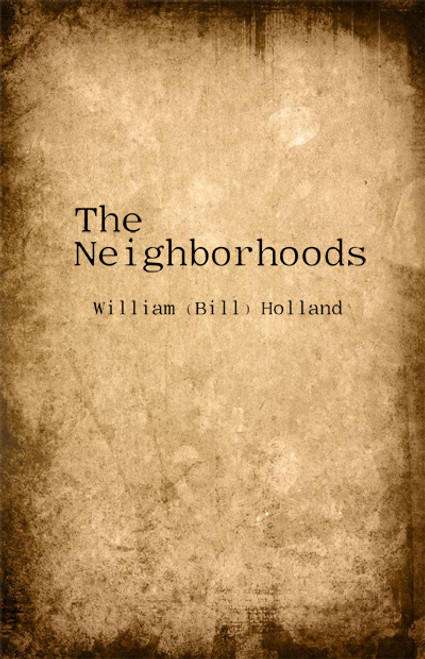 The Neighborhoods
by William (Bill) Holland

The Neighborhoods is a genealogy starting with an emigration from Ireland to the Michigan upper peninsula and the tough individuals meeting the challenges of the first half of the twentieth century. Nineteen young men from a small neighborhood were closely bonded and went off to World War II. This novel depicts their experiences and a synopsis of American involvement in the war itself.

William (Bill) Holland is a graduate in public health and administration. He worked for thirty-six years in the United States Public Health Service in Washington, D.C., and its vicinity. He has lived with his wife for the past sixty-one years, fifty of which have been in the Washington, D.C., area. They have five children and six grandchildren.