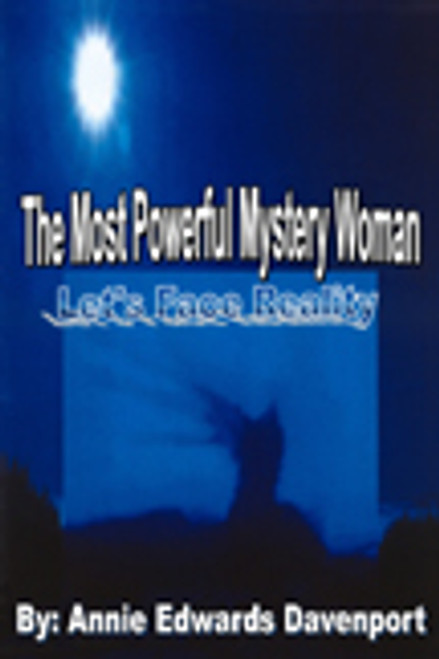 by Annie Edwards Davenport Often concerned that mankind is on a path to eternal damnation, Annie Edwards Davenport started listening a little more closely when her spirit would awaken her in the middle of the night with whisperings about the existence of another heavenly being, one we must recognize and honor before our time runs out. We all are aware of our heavenly Father, recognizing and honoring him in our own way. But did you ever give thought to our heavenly Mother? According to Ms. Davenport, unless God was a woman, someone had to give birth to his son Jesus; someone had to be by Gods side as the earth was formed and life was begun, and we have been ignoring her for thousands of years, to our detriment. Ms. Davenport presents her convincing argument in The Most Powerful Mystery Woman for our review, but be aware time is running out for us to rectify our mistakes. ABOUT THE AUTHOR A native of Opelika, Alabama, Annie Edwards Davenport has resided in Ohio for nearly fifty years, where she has raised her three children: Angie, Wilburn, and Sonya. She is retired from Packard Electric and is deeply involved with her community and local politics. (2003, paperback, 32 pages) Availability: Usually ships in 2-3 business days.
×