The Mind Gazing at Itself - eBook 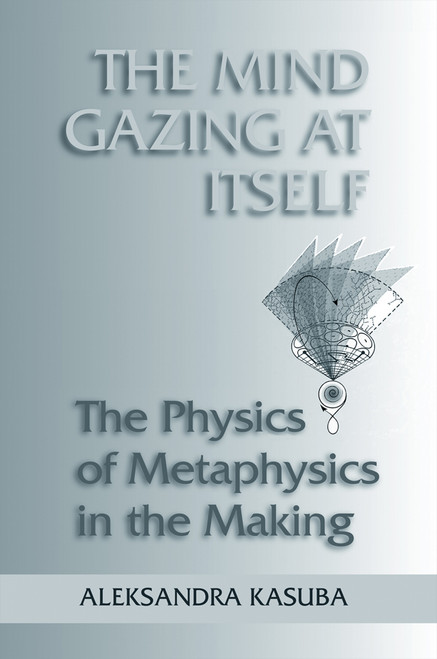 The Mind Gazing at Itself - eBook

The Physics of Metaphysics in the Making

Most people take for granted the interplay of body and mind in everyday situations, but for more than 45 years the artist Aleksandra Kasuba explored that interplay by tracking personal sensations from point to point in schematic drawings and studding them with notations. The information she collected prompted her to make sense of her findings, which she outlined and illustrated in The Mind Gazing at Itself. Readers will find that feelings, emotions, thought, and intellect, when stripped of historical interpretations and taken as simple energy events, respond and move in patterns similar to those found in nature. The book’s drawings illustrate these patterns and suggest where interference with the long-established flows of energy tends to upset the processes.

This book has no specific religious, spiritual, philosophical, or psychological agenda, nor is it intended to improve anyone’s life. It is instead a mere record of the artist's findings, shared for the interest of other curious people.

Aleksandra Kasuba was a Lithuanian-born environmental artist who studied formally at the Art Institute in Kaunas in 1942–1943, and the Art Academy in Vilnius in the latter half of 1943. Displaced by war to Germany, after two years of exile, she immigrated with her husband, sculptor Vytautas Kasuba, and their infant daughter, Guoda, to the United States in 1947, settling in Queens, New York. In 1949 their son, Alexander, was born, and in 1963 they moved to Manhattan.

Central to Kasuba’s career were public commissions, complex installations of brick, marble, or granite. Projects in brick include the Lincoln Hospital, Bronx, NY, in 1973, and 560 Lexington Avenue, Manhattan, in 1981; in granite, the Old Post Office Plaza in Washington, DC, also in 1981, now at Trump International Hotel; and a side of 7 World Trade Center, built in 1986 and destroyed on 9/11/2001.

In parallel to this work, Kasuba was writing The Mind Gazing at Itself and developing unprecedented tensile membrane structures. These led to the Whiz Bang Quick City installation in 1972, in Woodstock, NY; the Spectral Passage installation in 1975, at the DeYoung Memorial Museum, in San Francisco; and, among others, the 30,000 sq. ft. exposition setting for the International Furniture Exhibit in Paris, commissioned by the US Air Force in 1980. She took part in the Art-in-Science program of the University City Science Center in Philadelphia in 1977 and 1989.

In 2001 Kasuba moved to New Mexico to build curvilinear housing with standard building materials and to further explore what she calls her K-Method, a series of architectural models.

In 1983 Aleksandra Kasuba was awarded a fellowship from the National Endowment for the Arts. As of 2019 Kasuba’s archival materials are in the Smithsonian Institution, Archives of American Art. Kasuba passed away in March 2019 at the age of 96.