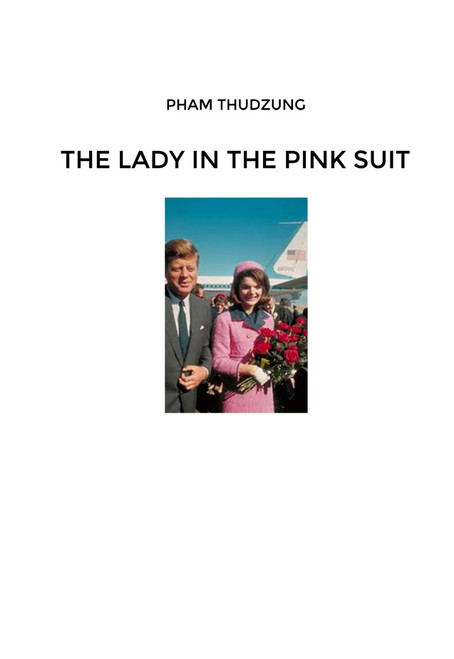 The Lady in The Pink Suit
by Pham ThuDzung

Dennis asked, The Warren Commission confirmed that Lee Harvey Oswald - the only gunman - fired the Single Bullet from the sixth window of the School Book Depository of Texas hit President John F. Kennedy from the back, it went through the spine then got out from the Presidents throat and it caused injury for Governor Connelly. Did that bullet kill President Kennedy?

No, Doctor Helen Augier-McCarthy explained, At the hospital, we have a few cases similar to that; they were US veterans from Afghanistan or IraqOr sometimes, theyre victims of automobiles/motorcycles accidents. These patients become invalids (paralyzed from neck down), but the patients are still alive.

Jason said, The Fatal Shot in the head, fired from a person that nobody would suspect, in an unbelievable circumstancethat bullet finalized JFKs life.

My name is Pham ThuDzung. I was born in Hanoi, Vietnam. The doctors made a diagnosis: Severe Disability. When I was little, my mother taught me how to read, write, and do some mathematics. Later, I went to school, then work. Now I live in the US. On my free time, I write and illustrate a little bit.

I wrote The Lady in The Pink Suit during the Memorial Day of the collapse of the S. Vietnam - April 30. Would you open the book and read with me?