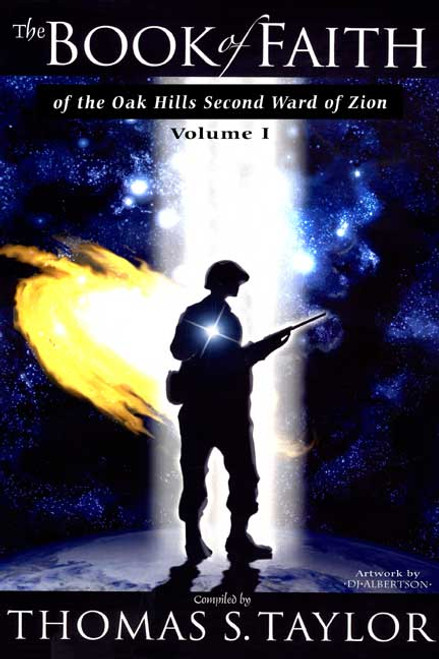 by Thomas S. Taylor As the Greatest Generation, as they have been dubbed, begins to pass away, we are beholden to remember and to revere their exploits. The heroism of these men will stand out forever. These were men who could look death in the eyes and face him down. They were ordinary Americans who went on to do extraordinary things. This memoir tells the stories of five such men and shows how their heroism was based on faith in the Lord and in His angels. These men were Mormons, members of The Church of Jesus Christ of Latter-Day Saints, and no matter where they were sent in harms way their faith was as solid as the rock and bore them up. They served in various services and in all the major theaters of World War II: in Europe, in the Pacific, in Alaska, Italy, and North Africa. They endured the carnage of war and saw friends and comrades killed and wounded. Yet through it all they felt the protective presence of their own guardian angels and escaped unscathed. This book is a testimony to their faith and teaches us the lessons we need to bear in mind today, in our post-9-11 world. The Lord still sends his guardian angels to watch over us, and if our faith is strong enough, we too can overcome. (2006, paperback, 260 pages)
×

RED: Fate and Time Inseparable... A Promise Volume One Book I - eBook

RED: Fate and Time Inseparable... A Promise Volume One Book I (PB)

The Book Fairy: Written by Becky Hughes and Her First Graders

The Book of You: A Message from Home