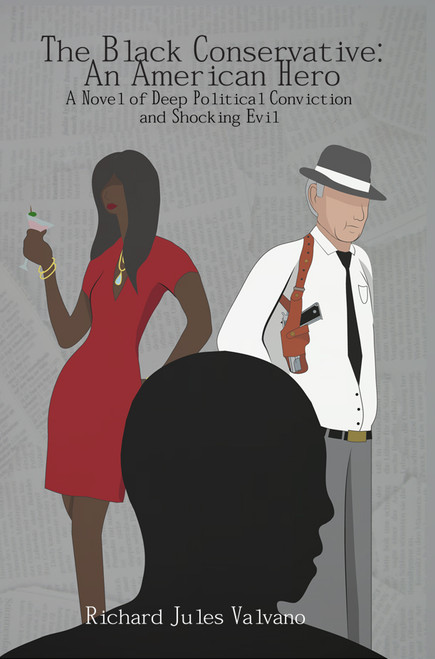 The Black Conservative: An American Hero
by Richard Jules Valvano

Can a powerful piece of fiction undo the negative stereotyping cast on a group of individuals and make them noble and heroic? In this riveting and explosive novel, the author is betting it will. For years, the black left has cast politically conservative African-Americans as insensitive traitors to the Civil Rights Movement. They are seen as unhinged thinkers who dare to question liberal conventional wisdom concerning black matters and issues. They are often depicted as Uncle Toms and whites in dark skin who actually want blacks to be passive porters, shoe-shiners and doormats in a white society.

The Black Conservative: An American Hero not only challenges these stereotypes, it does it by way of an engaging thriller filled with fascinating characters. The entire effect is meant to give black conservatives a human element, an insight into their thinking, and a culmination of a renewed and invigorating image of them.

Richard Jules Valvano is, among other things, a fitness enthusiast, so youll likely find him at the local YMCA, jogging and walking on an indoor track and working out with weights. He also closely follows the ups and downs of his favorite sports team: the New York Yankees. He and his wife reside in South Plainfield, New Jersey, where he belongs to the Republican club and has actually gone door-to-door helping with the campaigns of local candidates. Valvano also has a pet dog, who weighs every bit of 75 pounds. He is a shepherd mix named Sammy the Bull. Some people in the neighborhood see Valvano walking the Bull or is it vice versa?