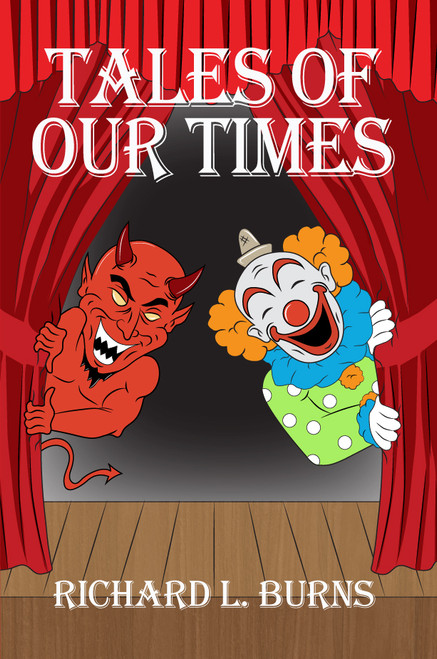 In this slim collection of tales, Richard L. Burns examines contemporary life in all its gore and splendor. Murder, greed, neglect, and lust permeate several stories. Others, in a special meal with a perfect partner and reflections from a couple who has made it through, shine bright against the darkness. History may repeat, but you can make the world of tomorrow better. There’s always a better path.

Told by one who has been in the good and the bad, the hopes and the failures, and ultimately triumphed, Tales of Our Times is sharp and sweet. The stories may be quick to read, but they linger. Timely and real, Mr. Burns reminds us that, eventually, the good guys do finish first.

Richard L. Burns is a retired television and advertising man. He put the smile on the PSA Airplane, created Woodsy the Owl for the Forest Service, and engineered that cultural icon – the Fruit of the Loom guys. Mr. Burns initiated the first nationwide system of local sales and marketing for national companies in broadcast (or radio) and television, created and implemented a fact-based and mathematical format for electronic and print advertising, developed and distributed a widely accepted international children’s television program series, and was most recently responsible for the inclusion of the rescue of companion and livestock animals in all disaster operations.

Mr. Burns has also planned and initiated several philanthropic and operating foundations. He is listed in Who’s Who and is a recipient of numerous community and professional awards. He has been an officer and board member of profit and non-profit organizations, advertising and foundation councils, and humane organizations