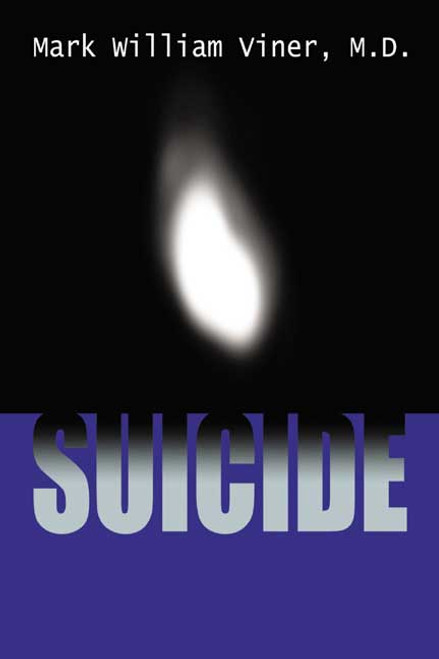 According to the World Health Organization, an estimated 1.53 million people will die from suicide in the year 2020, and ten to twenty times more will attempt suicide worldwide. With over ten years of clinical experience as a board certified psychiatrist treating suicidal people in the high risk population of Las Vegas and Reno, Nevada, Mark William Viner, M.D., offers this extensively researched outline of the medical treatment of suicidality. He begins by providing a solid foundation of neuroimaging and the neurobiological aspects of suicide. In addition to considering how psychiatric disorders can affect a suicidal patient, Viner also addresses how other general medical disorders can influence suicidality. From there, Viner is able to discuss the psychopharmacology of suicidality, especially in interaction with drugs that treat psychiatric disorders. He provides vivid insight about suicide from the psychiatrists point of view as he addresses social, cultural, and religious factors that contribute to suicidality in the twenty-first century. His theories and information are supplemented with real-life experiences drawn from emergency rooms, hospitals, clinics, and research. Dr. Mark William Viners Suicide is an important guide for recognizing the factors that contribute to suicide and the people who are at the highest risk for suicide.

Mark William Viner, M.D., is a practicing physician who has been working with psychiatric patients in the state of Nevada for over ten years. He earned his bachelors degree from the University of Southern California and his medical degree from Spartan Health Sciences University. He completed internship in medicine at Yale University and postgraduate psychiatric training at the University of Connecticut. He serves as a Clinical Professor of Psychiatry and Behavioral Sciences at the University of Nevada School of Medicine. Viner and his wife Bonnie Eloise have three children: Vincent, Arielle, and Natalie. He is a member of numerous professional groups in his community. In his spare time, he enjoys rock hunting, and traveling. Even though he has had a number of articles published in medical journals, Suicide is Dr. Mark William Viners first published work. (2005, paperback, 142 pages)