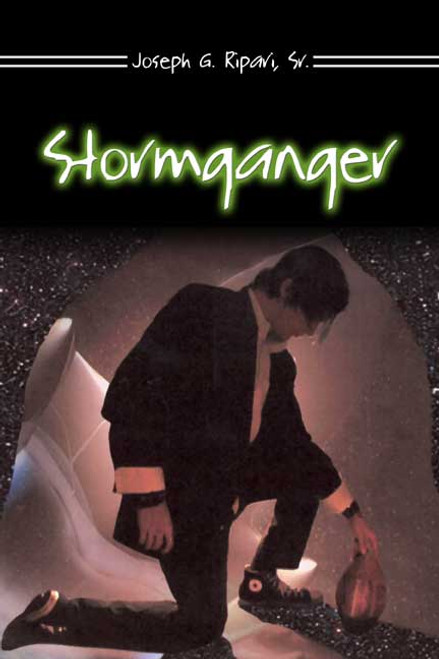 by Joseph G. Ripari, Sr. Stormganger is the story of how an extraordinary young man named Avion Storm rescues the populations of Earth and Mars from annihilation with the grasp of groundbreaking technology. As the twenty-third century dawns, the growing human race populates Earth and Mars to capacity. Within twenty years, all fossil fuels, soil, and fresh water will be depleted, making both planets unable to sustain human life. The United World Nations spearheads a special project called Asgard, made up of the worlds brightest scientists, in order to implement solutions to the impending doom. The technology behind the newly designed shuttles for space exploration, however, is not advanced enough to take the ships into deep space. Meanwhile, in the Midwest, a gifted student and football player, Avion Storm, composes, plans, and designs a new tachyon particle beam propulsion system, which will allow the shuttles to travel many times faster than the speed of light and explore deep space for the needed resources. After the Asgard team discovers his plan, they immediately employ him to put it into action. Under Avions guidance, Juggernaut is built, employing the new tachyon drives he designed; simultaneously, Avion also designs and builds his brainchild, Stormganger, a special pursuit intercept vehicle (S.P.I.V.) that only he can pilot. Avion realizes that Stormganger, may be even more important than he ever dreamed when a race of hostile aliens threatens to attack the deep space team exploring the newly discovered planet, Crystillia. Even though outnumbered, Avion defends the new planet with Stormganger and with the help of his football buddies, Jeramy and Art, keeping humankinds last hope intact. Portraying futuristic exhibitions of brilliance and heroism, Stormganger tells the story of humankinds last days on Earth and the hope of a new beginning. Join Avion Storm aboard Stormganger for the ride of your life! ABOUT THE AUTHOR Joseph G. Ripari, Sr., is a senior manufacturing engineer for a major automobile company. He lives in Michigan with his wife, Jessie, and their four children: Joseph, Kristin, William, and Lawrence. Joseph Sr. is a participant in the Michigan Senior Olympics (MSO), the National Senior Olympics (NSO), and the United States of America Track and Field (USATF). In addition to being an avid track and field athlete, Joseph Sr. enjoys writing and participating in other types of fitness. He was inspired to write Stormganger through his own experience in engineering and interest in faster-than-light-space travel. (2007, paperback, 98 pages)
×