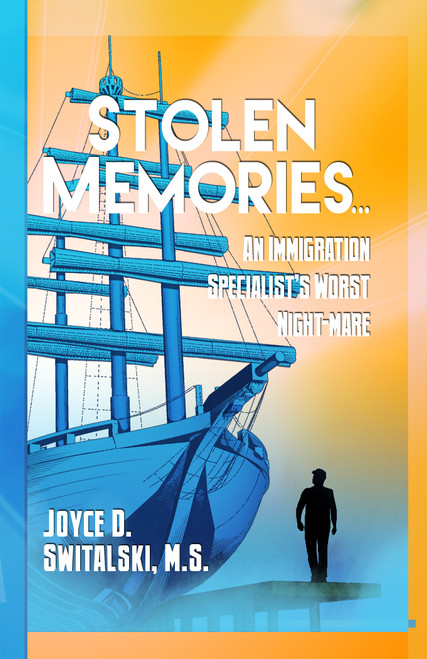 A wealthy, elderly woman, suffering from Parkinson’s disease, is found in an abandoned Philadelphia rowhouse, disoriented and combative. When she dies, her death will set into motion events that may change several lives. Before her death, she gave a case manager a key and insisted that a box, hidden in her closet for decades, be opened upon her death. Did her hallucinations alter the box’s contents? Or will the contents destroy the life of a prominent immigration specialist and devious man, Mat Turner, who may embrace his own hidden secrets? Irish immigrant caregivers become the target of Turner’s rage, giving them a choice between brutal compliance or deportation.

Greed, deceit, and justice. Stolen Memories… is a story that seeks justice for those who cannot always fight for themselves.

Switalski was an advisory council member appointed to Montgomery County Area on Aging in 1993 through 2001 and became co-president in 1999 through 2001. In 1978 and 1992, she was profiled as “Citizen of the Week” for the Ambler Gazette, which also published her poems.

Ambler, and formerly volunteered for Wissahickon

and Caring Hospice. She is married to her soulmate,

Tom, and has three children and four grandchildren.