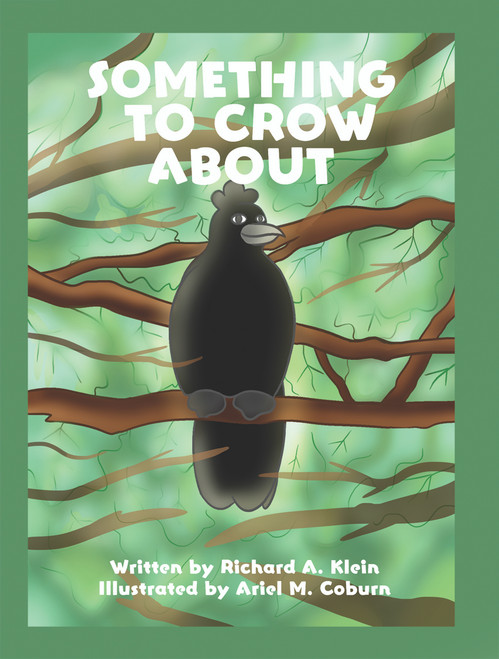 Something to Crow About

By: Richard A. Klein

This story is about a young crow who worries about his diminutive size and wishes he might be larger and prouder. Moe the Crow, feeling puny and tiny, turns to his mother. She gives him the family history tracing Moe to a time when his ancestors ruled the earth as dinosaurs. The story changes Moe’s perspective making him believe that life’s best is what lies ahead. The book gives young people a perspective of how dinosaurs evolved and a new way they can look at the birds around them.

This book provides entertaining rhyme, colorful pictures, a scientific story, and a reminder of the bond between parents and their young.

Richard A. Klein is a native and resident of Charlotte, North Carolina. He is a graduate of the University of North Carolina at Chapel Hill and later served with the Second Armored Division at Fort Hood, Texas, during the Vietnam era. Klein was a filmmaker for 30 years and wrote 65 scripts that were produced for television and schools. He was also a professional fund raiser for 21 years.

Sleepy Land: Everyone Goes There

How the BlumpFuzzel Came to Be