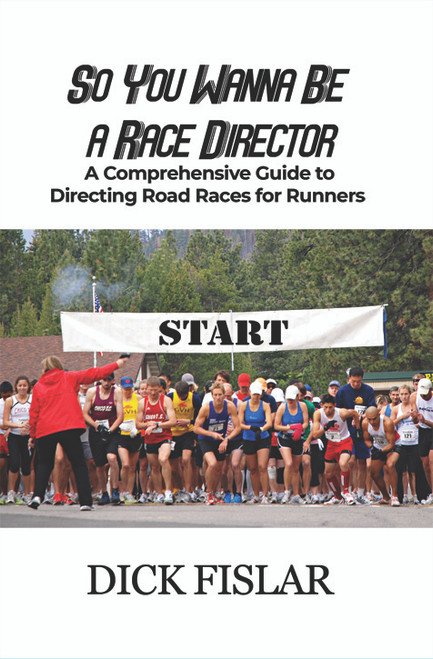 So You Wanna Be a Race Director contains all information needed for a person to organize and direct road races for runners and bikers. Anyone wanting to organize a race needs this information, and they will find it interesting and relevant.

This book will be a great help for first time as well as veteran Race Directors.  It is a road map to successful directing of road races and will help make you a successful race director, where you will benefit worthy causes for many years.

Dick Fislar started running when he was twelve years old. His family lived on a farm just two miles from town and about two and a half miles from his school.

In those days there were no school buses. He and his brother walked every day to school. When weather was good, they would run. They didn’t have any other way into town, so it just came naturally.

As a freshman in high school, Dick made the track team, where he ran the quarter-mile, half-mile, and the mile. They ran on cinder tracks in sprinter spikes. In college Dick was part of a group of runners running a relay and carrying a torch from Macomb, Illinois, to Kansas City, Missouri, to support Western Illinois University’s nationally ranked basketball team, a distance of 319 miles. He ran this two years before leaving college, ultimately with a degree in business from Bradley University.

Dick continued to run except for a few years where he was climbing the corporate ladder, making it to CEO and Chairman of the Board for three companies. When he was forty-five years of age, Dick started running again and he has run almost seven hundred races. Thirty years ago he began directing races and has consulted on countless races over those years.

The Adventures of Mike and William