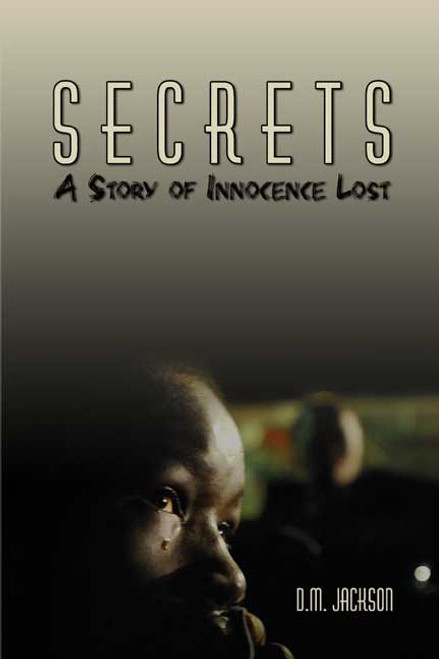 by D.M. Jackson Each one of us carries a story or a secret that we keep from others, but some stories should not be left untold. Sexual abuse is a serious crime to children and adolescents, affecting them both physically and emotionally. Siblings Ty and Beth each endured a lonely childhood marred by sexual abuse, but neither knew of the others experiences and pain. Instead, they independently and silently lived with shame, guilt, and confusion, feelings that manifested themselves in defiance, insecurity, and further sexual promiscuity. It was not until they shared their secrets, with each other and with the mother who blamed herself for not being able to recognize their pain, that they were able to begin the process of healing and forgiving. Secrets: A Story of Innocence Lost by D.M. Jackson tells the story of one familys journey through secrecy and abuse to forgiveness and a new start in life. ABOUT THE AUTHOR A native of Chicago, Illinois, D.M. Jackson is a registered nurse who lives in Portsmouth, Virginia with her husband Herman. Jackson holds an associate degree in nursing from Kankakee Community College, and she earned a bachelors degree in sociology and a masters degree in Spanish from the University of Mississippi. In addition to writing, Jackson enjoys spending time with family, traveling, shopping, working, sports, and church. She has five children: Eddie White, Jr., Andrew T. White, Mary E. Rossell, Kellie R. White, and Eric R. Foster. Secrets: A Story of Innocence Lost was a cathartic experience for Jackson and her family, who struggled with and overcame abuse. (2007, paperback, 52 pages)
×