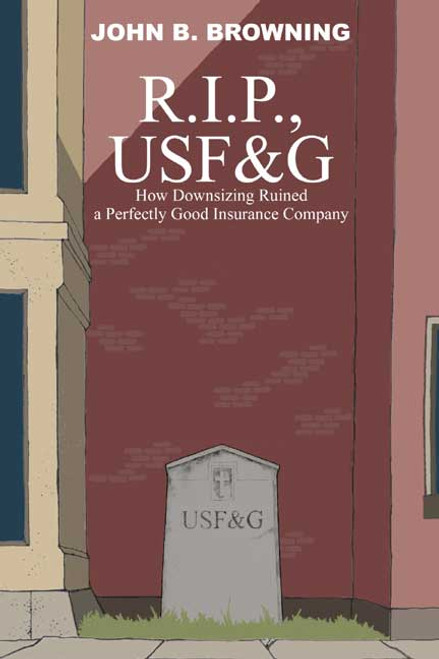 by John B. Browning After spending twenty-five years working for USF&G, once known as the best insurance company in the industry, John B. Browning is shocked to discover one morning the company intends to downsize because of financial woes, with no warning to employees. The startling tale he tells of his remaining four years with the company, until he is able to retire at age fifty-five with full thirty-year benefits, is rife with underhanded company politics and questionable ethics. As he progresses down the company ladder, he narrowly dodges personal attempts to fire him before he is eligible to retire. The behind-the-scenes dealings are chillingly realistic for anyone who has worked in the corporate white-collar world, and the eventual demise of a company that had lowered its standards to treating employees in such a manner is almost a relief. While honestly sharing his own efforts at retaining his job as well as the underhanded and unethical attempts of his bosses to fire him, John B. Browning bid R.I.P., USF&G to a company once known as the Cadillac of the insurance industry. ABOUT THE AUTHOR A native of Flint Hill, Virginia, John Browning is now retired and living in Charlottesville, Virginia. (2005, paperback, 48 pages)
×