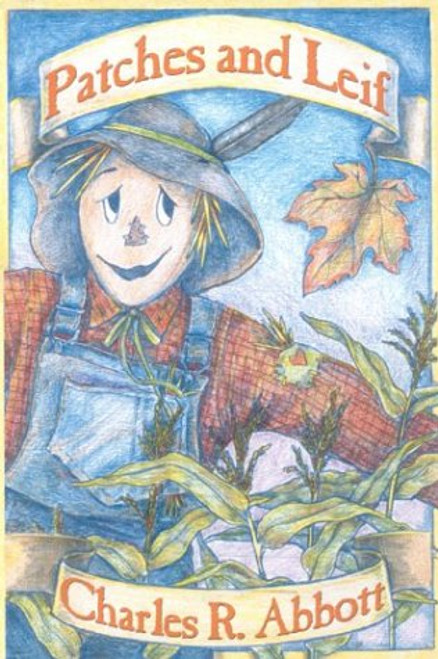 Patches, the farmers favorite scarecrow, is very dedicated to his job. Day after day he stands in the corn field, keeping watch over the corn. Then one day, he is surprised by a new friend, who comes floating out of the sky! Leif is an adventurous traveling leaf. When he was pulled off the branch on which he was raised one windy day, instead of floating safely to the ground with his family and friends, he took advantage of the opportunity and sailed away to see the world on the wind. He shares his adventures with Patches, the first of which is his discovery of a school, where he peeks in on children who are learning the alphabet, counting, and a little bit about animals and plants. He passes what he has learned on to Patches before sailing away on more adventures, but promises to return to teach the scarecrow what he learns. With charming illustrations and straightforward language, Charles R. Abbott employs Patches and Leif to teach children valuable lessons about friendship, learning, and taking chances.

Employed as a nurse in an adolescent treatment facility in Indianapolis, Indiana, Charles R. Abbott is a Hoosier native, born in the southern Indiana town of Morgantown. In his spare time, he tends to his backyard greenhouse and is currently a member of the Humane Society of the United States.

Dreams and Visions of Heavens in the Rapture - eBook

Pathway to Nirvana: A How-To Book on How to Achieve Extreme Happiness

Patient X: From Cancer through Chemo and Radiation to Natural Science Cures