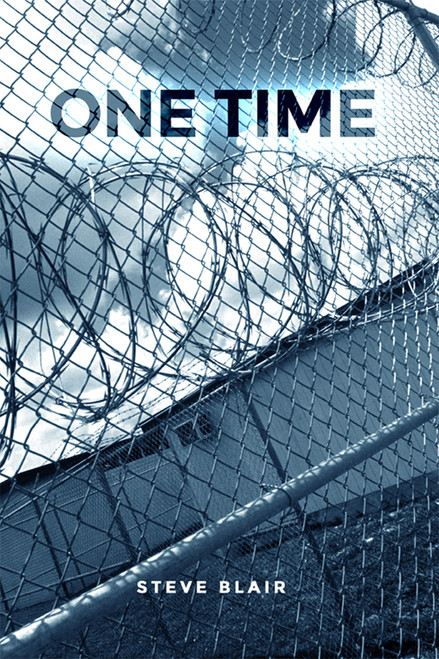 One Time
by Steve Blair

Gavin Laird is getting his life back together. After run-ins with the law, a habit of substance abuse, and getting shot during a drug deal gone wrong, Gavin is living clean, working a full-time job, trying to live the straight and narrow path. That is, until hes in the wrong place at the wrong time and ends up charged, handcuffed, and headed for County jail.

Based on real experiences of inmates the author interviewed after their release, One Time is a personal, behind-the-scenes look at the county-level justice system through the eyes of one man at the mercy of a self-perpetuating bureaucracy. As the author writes, The trend: build more jails, bigger and better, feeding the insatiable appetite of the system that has evolved, not a whole lot better than the dungeons of old England. At a point in history when the U.S. has 25% of the worlds prison population and mass incarceration continues to destroy thousands of lives each year, One Time is a timely and honest look at prison in America.

Steve Blair is a retired Pennsylvania State Government employee and holds degrees from Penn State University, Harrisburg Area Community College, and Central Pennsylvania Business College in Summerdale, Pennsylvania. He has served on numerous boards of local charities and is an active member of the Art Association of Harrisburg. His hobbies are writing, singing with a church choir, studying piano, and a number of community-based activities. As a writer for a local magazine and a religious publication, he became connected with a mens group that provides support to ex-offenders and recovering addicts. Inspired by their stories, he endeavored to write One Time to share their experiences.