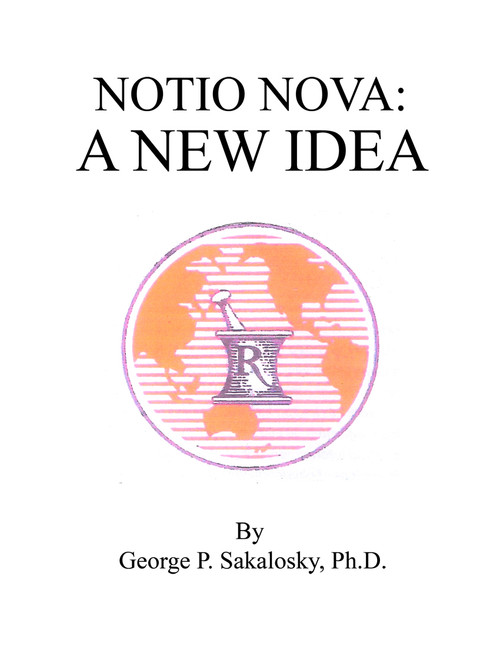 Here is a new and unique idea that describes both the driving force behind cancer and its potential cure. In this book, quantum concept and model developed by the author will take you into a territory completely off the commonly accepted research track for understanding carcinogenesis.

Notio Nova rejects the common view that mutations in DNA produce both a cancer genome and a potential cure; instead, it suggests that the development of the cancer genome begins in DNA with the production of a chemical bond lesionan ozonidelocated inside a promoter TATA box in the Replication Origin of the Genome. The lesion locks the TATA box switch ON and causes the well known unregulated replication of the cancer genome that sustains itself via various mutations.

This is the conclusion of a fifty-two year study using a new technique in molecular modeling which brought forth the design, synthesis, and successful testing of three lesion-destroying, anticancer analogue compounds. The conclusion of this new, unique research suggests that the old idea of mutation has failed to produce a cure, so a new idea must come forth and is here presented.

Dr. Sakalosky began molecular modeling in 1957 to devise a means for identifying critical energy absorption sites in macromolecular systems. He was awarded a doctoral degree at Boston College in 1975 following the completion of interdisciplinary, intercollegiate, doctoral courses in biochemistry, biophysics, learning theory, and neurochemistry at MIT (was accepted as a student member of the MIT Neuroscience Department); Tufts University School of Medicine; Boston University; and Boston College. These studies concluded with a doctoral thesis, Proton Symmetry: Its Implications for learning TheoryA Biophysics Concept. Dr. Sakalosky joined the U.S. Atomic Energy Commission (USAEC) in 1963 as a member of the Division of Reactor Development and later served as a member of the office of the Chairman of the U.S. Atomic Energy Commission.

The chemical structures in the text are illustrated by Valerie L. Pense and Simeon C. Daugherty.