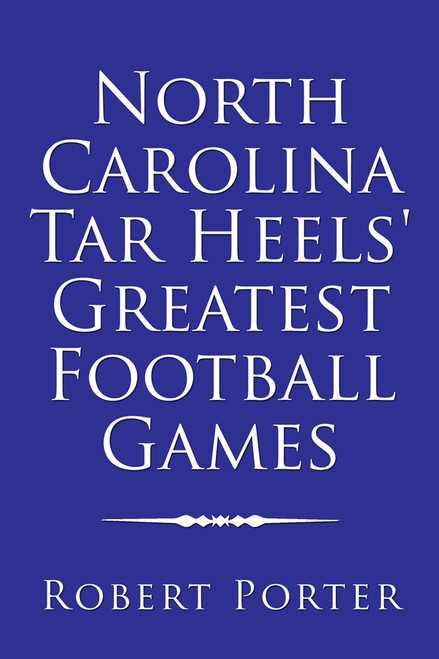 Kenan Memorial Stadium was delirious. A great defensive effort, and one memorable open-field tackle by the great all-American Paul Severin, had kept the score close until a late touchdown provided an unlikely 6-3 victory against a bitter rival. The Blue Devils of Duke University had been heavily favored to win the contest but would be leaving Chapel Hill empty-handed on this mid-November day.

Many more great wins would follow that classic in 1940and, yes, many crushing defeats. To be sure, its not easy being a University of North Carolina football fan. Seasons filled with hope can turn to bitter disappointment. Head coaches can come and go. But, oh, those special games, those fall days in the sun, can somehow make it all worthwhile.

Through the years, some incredible talent made for some incredible moments at Carolina. Who can forget Charlie Choo Choo Justice, the three-way threat at quarterback? He could run, pass, and kick with the best of them. Jim Tatum, whose promising future for the Carolina football program ended with his untimely death, was one of the best head coaches of his time. That season after his death, the team went out on Thanksgiving Day on national television and defeated archrival Duke, 50-0. It was a delicious holiday feast.

So relive the days of Lalanne and Severin, of Weiner and Holdash, of Cummings and Klochak, in the Tar Heels most thrilling victories of all time. Author Robert Porter recounts the game action, and the star players tell their personal stories about life before, during, and after college football.

Football fan Robert Porter bleeds Carolina blue. From the day his dad took him to his first game on the University of North Carolina campus, he was hooked.