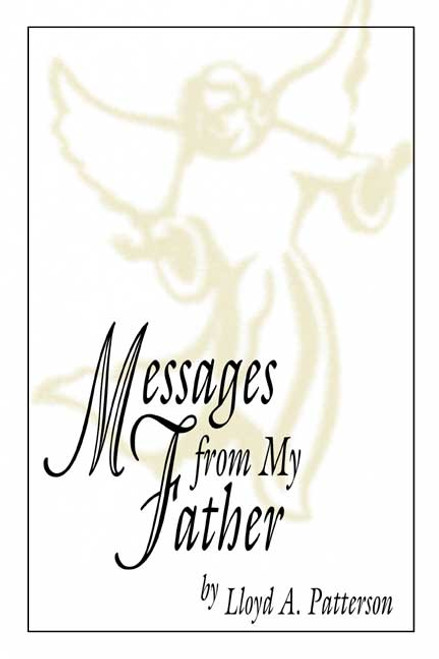 by Lloyd A. Patterson Messages from My Father is a love story about the God of Pure Love Energy who loves His children of the earth and about His desire for them to come home to Him. The author explains that coming home to Him is not done by dying and going to heaven, but by living in the now moment in your consciousness and by taking God as a partner in all things, at all times, and in all places. This God of Pure Love Energy is your Source and you are his offspring. He wants you to come home to Him in your thoughts. He is in all living things. He is the life force energy within you and surrounding you. See Him in your neighbor. When you love your neighbor as yourself, you thereby love Him. Dont you see? It is important for you, the reader, to keep an open mind that what you have been taught is not consistent with the facts that the author tells us the Heavenly Father has revealed to him. God desires for you, His children of the earth, to come home to Him, dwelling not on the messenger He sent, but on the message of loving your neighbor as yourself and of receiving back that which you yourself have given out. The return energy is multiplied on its return to you and must return to you, for your frequency is designed for its return to you and no other. ABOUT THE AUTHOR Lloyd A. Patterson is in his seventies, married, with three daughters and six grandchildren. He is a Navy veteran of WWII and was an Air Force pilot in the Korea Conflict. He attended college at the University of Denver, Baylor University, and the University of Colorado, Colorado Springs campus. He studied hypnosis under Dr. Blake and practiced his craft with friends and associates. In doing regressions, his subjects could vividly recall past lives and experiences. This revealed to him that souls are not new but have led many lives in a wide variety of experiences and places. Once Lloyd had opened the door to Gods kingdom, his thirst for more was like a burning fire of excitement inside of him. He wanted to put this newly acquired, valuable tool to its best possible usein the service of his Father. Lloyd spoke aloud to God and told Him that he would be His loyal servant. A few weeks later, as he was sitting down and preparing for an evening meditation session, he suddenly became aware of a very powerful Love Energy filling his bodyawesome, and yet, precious and gentle. This book is a part of Lloyds answer to Gods request. It is only a small portion of the many messages he has received from the Father. It is not his intent to upset anyones religious beliefs; he reports the messages as he has received them from the Father of all. Please read this collection of messages with the intent of finding your way home to God. Home is in the consciousness of each of Gods children! (2006, paperback, 140 pages)
×