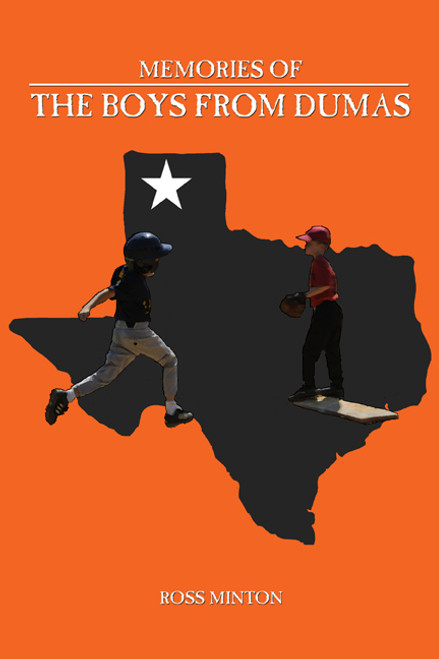 Memories of the Boys from Dumas is Ross Mintons tribute to his brother, Steve, who has given him a lifetime of memories. From time to time, after Steves death, Ross would tell stories of what he and his brother had done together during their lifetime. With the encouragement of his wife, Cheryl, and his siblings, Ross began making notes about the stories he told.

Little by little, those notes grew to become the book that tells the adventures of two boys playing, working, and growing up togethersharing their lives as only brothers can.

Ross Minton was born in Loma Linda, California, and raised in Dumas, Texas, the setting for his Memories of the Boys from Dumas. A retired carpenter, Mr. Minton has been active in Carpenters Local 16, the Masonic Lodge, Rotary International, the local school board, and youth summer baseball. He and his wife of forty-two years are the proud parents of two children and grandparents of four grandsons. They presently reside in Springfield, Illinois, where Mr. Minton enjoys woodworking and collecting Coca Cola memorabilia.

The Boys from Savanna

Men Explain Religion to Me - eBook