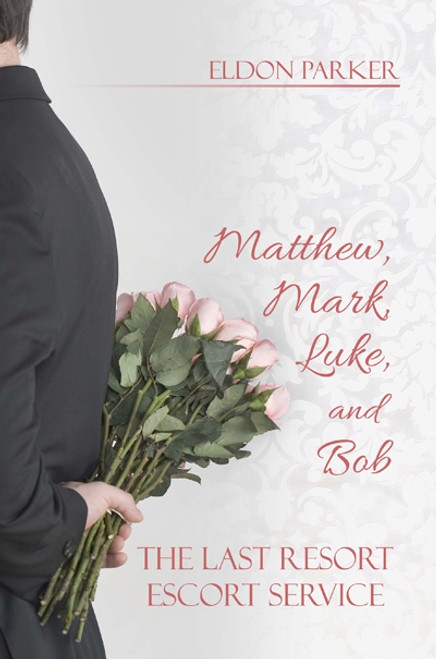 A chance run-in with an old friend turned out to be the inspiration for author Eldon Parker to compile this collection of personal stories by male escorts.

Eldons questions became a full-blown interrogation. He had to know more, and since he was waiting for his client anyway, his friend Luke gave him the info. Because he is a writer by profession, he asked Luke if he would be interested in sharing his stories with him so that he could document the life of a male escort and see if, someday, the stories were worth telling to others. Luke did more than that. Luke enlisted three of his fellow escorts and their manager, Cathy, and together they kept diaries for over two years. This book is a compilation of their journal entries.

What began as a blog about relationships as told from a male perspective later took on book form. Matthew, Mark, Luke, and Bob is not only easy reading but also somewhat romantic and provocative, yet without ever being misogynistic.

Eldon Parker lives with his family near Nashville, Tennessee. He wrote the 2011 web series Grave Robbers Inc., along with feature film scripts Tomboys and Harley & Charlie. He is also the creator of the website filmpitcher.com.

Matthew-Gift from God: A Life of Unconditional Love