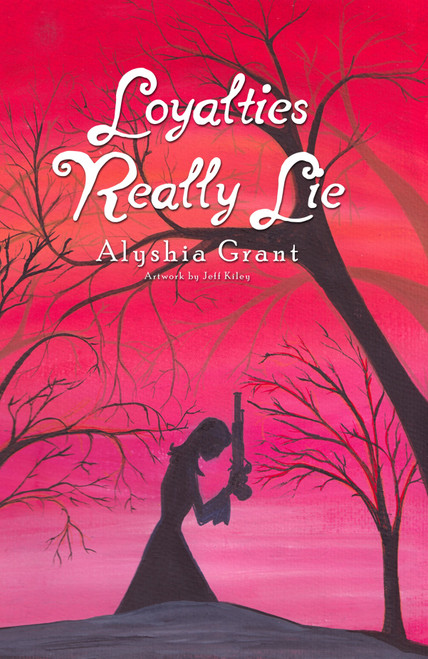 Loyalties Really Lie follows the strong and smart Delia Dalgarno, a scientist of renown from France. She is taken captive by British soldiers during the American Revolutionary War. The British, led by the evil General Thomas Gage, want to use Delia for her innovative work concerning weapons that will help win the war. She is rescued from the clutches of Gage by American patriots who are working for General George Washington.

After Delia joins the American cause for independence, she gets a new work partner: Benjamin Franklin, the inventor. Together, along with a cast of brave patriots, they must work hard to foil the British and win the war.

Author Alyshia Grant grew up in small town in Michigan with her incredible parents and sweet older brother. She also has a best friend, Sydney, who is like a sister to her. Ms. Grant wrote this book because of her tutor who inspired a passion for writing in her. This tutor not only taught her to read and write at the same level as her peers, but also instilled a love of reading for fun in Ms. Grant. When someone reads this book, it is Ms. Grant’s hope that they can do anything they put their mind to. She wants readers to push past their own hardships.

Ms. Grant is currently attending university, pursuing a career in mental health nursing. She plans to continue to write on the side.