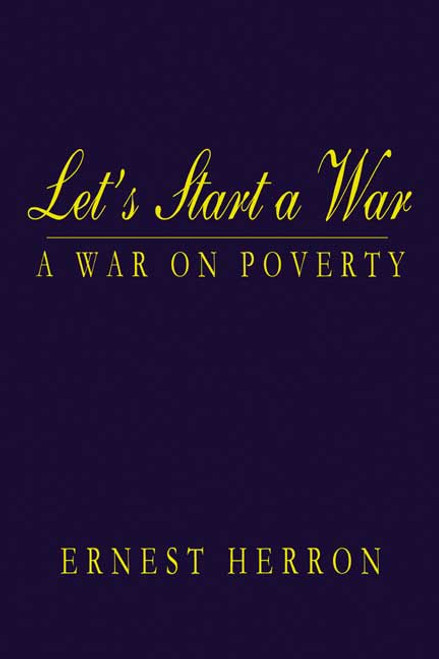 by Ernest Herron Poverty has been a plague on mankind for eons, affecting people of all colors and nationalities, but striking hardest at those who are unable to better their circumstance because of lack of training, lack of tools, or lack of knowledge. After the post-World War II boom and prosperous fifties, poverty began to really rear its ugly head and the plight of the poor was eventually so widespread government intervention was seen as the only way to repair the damage. With that in mind, President Lyndon B. Johnson made it a focal point of his administration, forming study and task groups and charging various members of his Cabinet and other agencies with finding a permanent solution to the problem. Many ideas were developed and programs set up to fulfill the presidents wishes, however over time, because of lack of interest, lack of funding, lack of support, and changing political climates, nearly all of them fell by the wayside, and now American finds itself in even worse shape than before. Ernest Herron has lived with and studied the effects of poverty as well as researched the various ideas and programs that were first formulated to resolve the matter. He offers the clearly defined and thorough results of his research in Lets Start a War: A War on Poverty, with the hopes of once again motivating the American people to take an interest in the plight of the poor and make a stand on their behalf, perhaps utilizing many of the same programs with updating and fine-tuning for the new century as were started in the sixties under Johnsons administration. As the most prosperous nation on earth, it is our duty to take the first steps toward eradicating poverty in our own country and showing the way for other countries to do the same. ABOUT THE AUTHOR A native of Memphis, Tennessee, Ernest Herron presently resides in Katy, Texas, where he has retired from a career as an auditor. He is a member of the Writers League of Texas, the Houston Tennis Association, and USTA, as well as playing in the Cinco Ranch Comets Tennis League. In his spare time he also enjoys golf and photography. (2005, paperback, 82 pages)
×

Let's Talk about Denominations and the Baptism

Let There Be Light