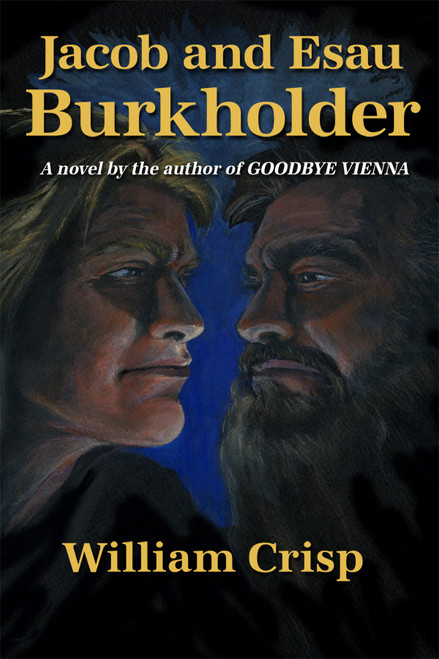 A novel by the author of GOODBYE VIENNA

The story of Jacob and Esau, one of the great biblical portrayals of deceit and its consequences, is re-imagined in this witty, perceptive tale of conflicting characters, woven around the highlands of Tennessee and Virginia.

In William Crisps Jacob and Esau Burkholder, Jacob tricks and dispossesses twin brother Esau of the inheritance, getting through the tough times ahead with his wit and cunning, shedding the bohemian life of his youth along the way.

As Jacob ponders about his expanded family and the issue of closure with the offended brother, couples Billy and Isabel, and Sarah and Jack of Polk County, Tennessee, deal with the brothers impending confrontation, while trying to straighten out matters of their own mottled affairs.

Four of William Crisps novels of suspense have been published, along with his nonfiction AIR ASSAULT SHARING MILITARY EXPERIENCE. He served as a rifle platoon leader with the First Cavalry Division (Airmobile), Vietnam, and subsequently as a U.S. Foreign Service Officer, Zagreb, Yugoslavia. He then worked for twenty-five years as an East European business specialist with the Economist Intelligence Unit, Vienna, Austria. With his wife and daughter, he returned to his home in Staunton and the village of McDowell, Virginia.