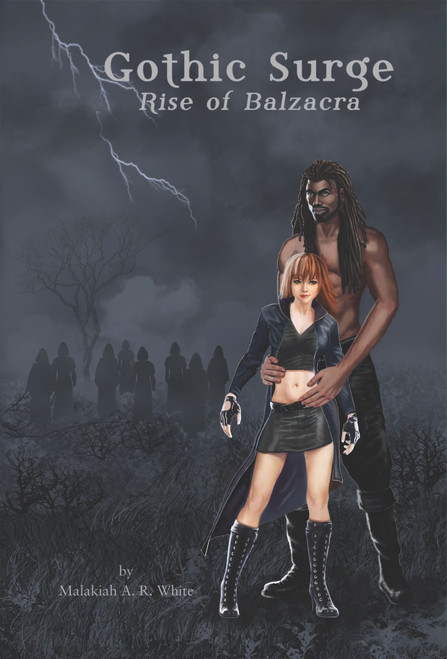 By: Malakiah A. R. White

Kristy is your typical Los Angeles teenage girl. Shopping, cheerleading, boys, and popularity. So what happens when her parents (two of the best attorneys in the world) just pick up and move them to a small town called Whiteville in North Carolina? Kristy’s entire world is turned upside down. From day one, Kristy suspects something isn’t quite right about her new home, and the way her parents are acting is strange.

So how does Kristy deal with the knowledge that she has just inherited a legacy beyond human understanding? A legacy of power and Godhood.

Well, like any fierce teenage girl, she leashes the hottest guy in town and watches as any female who thinks to steal him while simultaneously fighting the forces of evil.

Malakiah A. R. White was born in Whiteville, North Carolina, but raised in Fayetteville, NC. His hobbies include reading fantasy books from authors like George R. R. Martin and Brent Weeks. He reads manga and watches anime, reflective of his infatuation with the Japanese culture. He also speaks, reads, and writes Japanese.

Malakiah is currently working on the sequel to this book, Gothic Surge: Gods Reborn.

STOP Before You Have Surgery - eBook