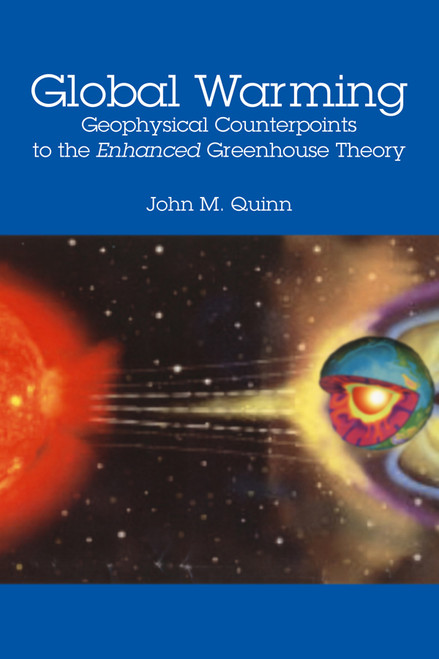 Global Warming explains why CO2 and other greenhouse gases, either of natural or of anthropogenic origin, cannot be the cause, let alone the primary cause, of global warming. Evidence indicates that global warming is closely related to a wide range of solar-terrestrial phenomenon, from the Suns magnetic storms and fluctuating solar wind all the way to the Earths core motions. Changes in the Solar and Earth magnetic fields, changes in the Earths orientation and rotation rate, as well as the gravitational effects associated with the relative barri-center motions of the Earth, Sun, Moon, and other planets, all play key roles. Clear one-to-one correspondence exists among these parameters and the Global Temperature Anomaly on three separate time scales.

This book sheds new light on a fascinating subject. It is intended to be read by scientists and non-scientists alike, including interested politicians, teachers, and students. Taking the view that a picture is worth a thousand words, there are many graphics to assist the reader. Non-scientists as well as uncommitted scientists should come away with an understanding of why, despite claims to the contrary by some environmentalists and political interlopers, there is still honest scientific debate as to the cause of global warming.

A physicist and geophysicist from Lakewood, Colorado, John M. Quinn has a B.S. in physics from the University of Virginia and a M.S. from the University of Colorado. Johns 40-year career includes 32 years with the Federal Government. He has also served on a variety of national and international committees. He enjoys gardening raising tropical fish, classic fifties rock-n-roll, spy thrillers, and action movies. Mr. Quinn has also published several technical reports and articles in scientific journals and has given numerous lectures and presentations to scientific and other groups around the world.

Coming Ready Or Not: Global Warming