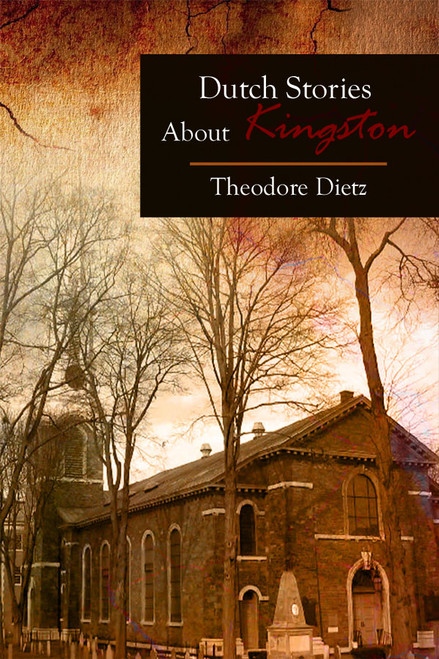 American history will never be complete without the cultural, economic, social, and political contributions of the early Dutch settlers of New Amsterdam, now New York. In the early seventeenth century, hundreds of Dutch families left the Netherlands to venture into the undeveloped North American shores and soils to dream dreams of prosperity amid the dangers of wild animals and tribal attacks. Indeed, many had risen to prominence and niched their names forever in the annals of American heroism through their love of freedom and equality.

Theodore Dietz, proud of Dutch contributions, briefly retells stories about people, places, and wars involving Dutch settlers that marks the evolution of the American way of life from mid-seventeenth century, when the Dutch East India Company fostered the European immigration to the New World, through the nineteenth century, when technology slowly changed the way people travelled by sea and by land. The Kingston area of New York is a place rich in Dutch cultural heritage, and what better way to preserve the invaluable beneficence but with a second book.

Theodore Dietz witnessed and survived the Great Depression of the 1930s. In 1944, he graduated from The United States Merchant Marine Academy in Kings Point, New York and served in the US Navy for two years. He became a police officer in 1947 and ventured to teaching Criminal Justice at the Ulster County Community College in 1969 until he retired in 1985. He became an active volunteer at the Kingston Visitors Office in 2001 and penned down eight published works about Kingstons history.

Shorty Stories: A Story about a Dog and Her Famous Wheels