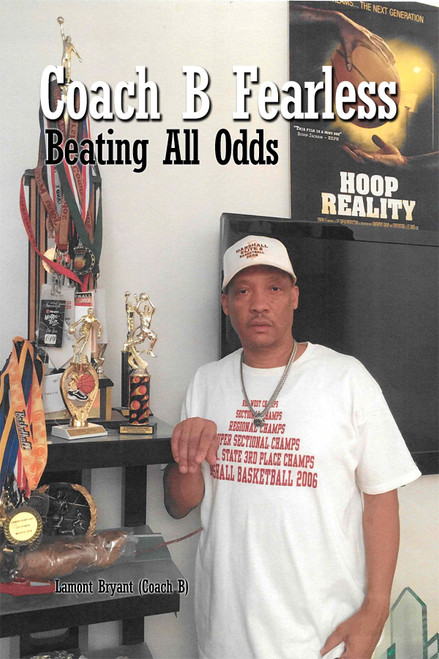 By: Lamont Bryant (Coach B)

Chronicling Lamont Bryant’s childhood, adolescence, and adulthood, Coach B Fearless: Beating All Odds tells the story of inner-city basketball life in Chicago. At times educational, at times historical, Bryant tells his story: the story of how he rose from humble beginnings to become the man he is today. It’s a profound tale of both his personal and professional journeys.

Bryant has played alongside, coached, and worked with some of the top names in basketball in high school, the NCAA, and the NBA. Both of the documentary movies Hoop Dreams, in 1994, and its sequel, Hoop Reality, in 2007, were filmed on his courts, about his boys. Just as each of these are must-see movies, Coach B Fearless: Beating All Odds is a must-read book.

Lamont Bryant has coached basketball his entire career, and he took several Marshall High School Varsity Men’s teams downstate to win back-to-back 3rd place awards in 2006 and 2007. Upon his firing, his team rallied and protested on his behalf. Finally, the following year, 2008, without his presence, his team would dedicate the season to him and go on to win a city and state basketball title.

In addition to coaching several basketball teams of young men over the years, Bryant was also a mentor. He supported them, nurtured them, and taught them both on and off the court.

Bryant currently lives in Chicago and he is still mentoring kids on and off the street. Although he is no longer coaching basketball, Bryant is still mentoring and developing basketball players and student athletes. He is one of the directors of “PCF” Basketball Academy along with Coach James “Grapes Williams and Gulliver JR Washington.” This is his first published book.

Collection of Poetry (by Jacob Mashburn)