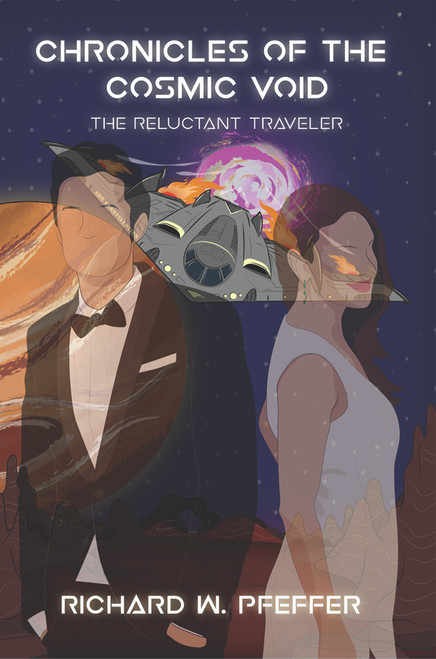 Chronicles of the Cosmic Void: The Reluctant Traveler

Chronicles of the Cosmic Void: The Reluctant Traveler begins with the abduction of a party of Roman soldiers by belligerent alien beings. Centuries later, the US Air Force, after noticing a pattern of mysterious abductions and the detection of an anomalous signal deep within our solar system, launches a program of deep space exploration to uncover a horrifying truth that we are not alone in this universe and are far from being the dominant species. Recruited by the US Air Force and persuaded to join the covert top secret program, a romantic couple of young scientists- Doctor Ryan Williams and Doctor Rebecca Lang, learn that they are part of a crew that might be humanity’s last hope of survival when they discover two warring alien races: one, a benevolent species, and the other, hostile to the human race intent on its subjugation and destruction! Written to inspire interest in science fiction and astronomy, the book is an adventurous tale of hope, compassion and camaraderie dedicated to the premise that no matter where you are in life or what challenges life might bring, it’s love that gives us the strength to tolerate and overcome all obstacles, however insurmountable they might seem.

Richard W. Pfeffer has worked as a staff contracts negotiator for Lockheed Martin Corporation for the past 15 years. He previously worked as a general practicing attorney focusing in the areas of criminal, tort, family and contract law. He spends his spare time writing novels. He is currently drafting the first book of his second trilogy series centered on a fantasy realm with humans, elves, dwarves and halflings fighting in an epic battle of survival against monstrous creatures on a planet called Kardanth. The second book of Chronicles of the Cosmic Void will follow. Richard Pfeffer holds a Bachelor of Science in Business Administration from Widener University, a Juris Doctorate from Western Michigan University’s Thomas M. Cooley Law School, a Post-Baccalaureate Pre-Medical Program Certificate and a Master’s of Business Administration from Drexel University.