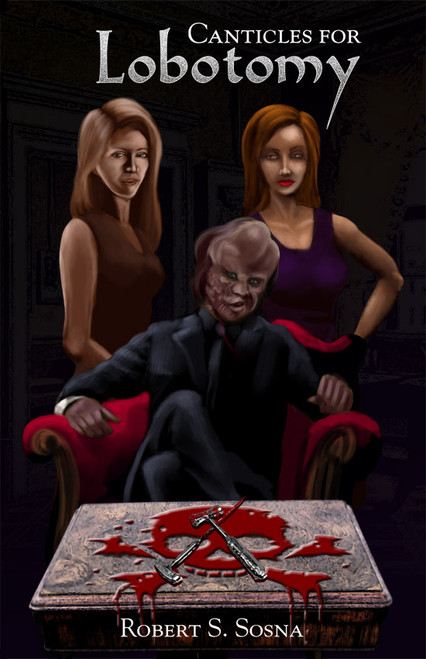 For private eye Rashid Sosnova and his wife/partner, Talullah Blackwell, weird cases are nothing out of the ordinary. The Valley of Rabbits, in parallel-universe Pansylvania, has plenty of weird to go around.

But when an incident on the yeti-infested Big Mountain seems to connect to a string of bad-guy lobotomies by a vigilante called Dr. Lobe, Rashid and friends find themselves neck deep in a full-fledged bigfoot noir that ties directly to the city’s highest mafia bosses and to Rashid’s own past. The fact that our hero suffers from Proteus Syndrome, the “Elephant Man” disease, doesn’t slow him down, even if he does walk with a cane. Behind that misleading exterior lies the mind of a master monster detective and he’s definitely on the case.

Robert S. Sosna was raised Roman Catholic and intended to become a priest, but he converted to Islam instead. He has always liked writing fiction, especially mystery and science fiction. He is fascinated with unconventional heroes who overcome the seemingly impossible. Growing up with Asperger’s Syndrome, Sosna felt a kinship with the real Elephant Man, Joseph Merrick, who seemed to show on the outside what Sosna felt on the inside. Despite tremendous deformities, however, Merrick became an unlikely hero, and his story inspired incredible compassion in others.