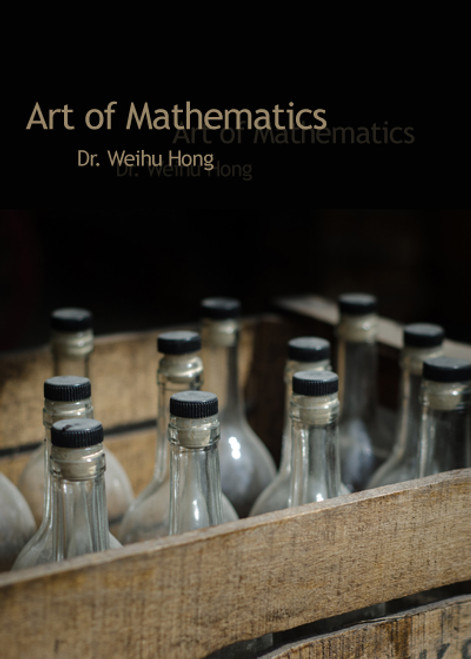 The author created and taught a course on Programming with Mathematica for math major students at Mars Hill University and found that his students enjoyed more math after taking the course. Later, he went into the industry and learned more applications of mathematics. Both teaching and industry working experiences prompted him to write this book.

By reading Art of Mathematics, Dr. Hong hopes it will inspire more people to like the subject of mathematics and motivate more students to study the subject with a positive attitude.

A native of China, Dr. Weihu Hong completed his undergraduate studies, majoring in Mathematics at Nankai University in Tianjin, China. Shortly after, he became a math instructor at Hangzhou Institute of Electronic Engineering (now Hangzhou Dianzi University). He later went on to study at Montana State University, earning his MS degree in only ten months. Since he could not bear the harsh cold weather, he checked a map and transferred to Columbia, South Carolina, a warmer place like his hometown, Hangzhou, in China.

At the University of South Carolina, Hong studied functional analysis under the guidance of Professor Robert Sharpley and was awarded a teaching assistantship with him. Five years later, he received his Doctorate of Philosophy and immediately after assumed the position of Assistant Professor of Mathematics at Mars Hill College (now Mars Hill University). Six years later, he was awarded tenure and promoted to associate professor there. In order to learn applications of mathematics while supporting his family, he went to industry to become a senior programmer analyst at Policy Management System Corporation, E3 Corporation, and JDA Corporation within a six-year span. Later, he resumed his college teaching career and became an assistant professor of Mathematics at Clayton State University of Georgia. He was awarded tenure and promoted to full professor of mathematics. In his free time, Dr. Hong likes watching movies, watching college sports online, and connecting with friends around the world with social media.