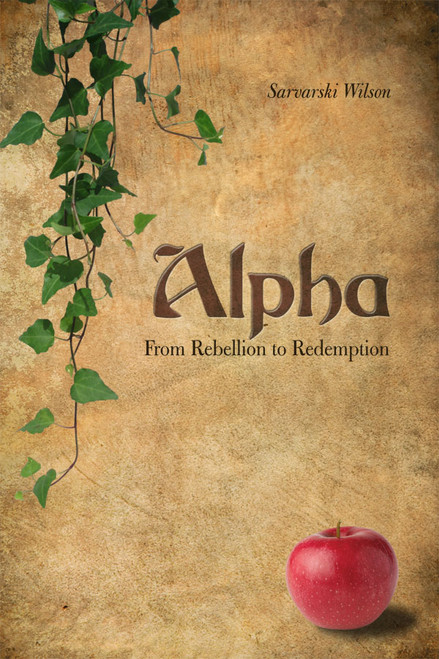 Alpha: From Rebellion to Redemption
by Savarski Wilson

After banishing Satan and the rebellious angels from heaven, God creates earth and Adam and Eve. When Satan notices the relationship between God and the human beings, whom God calls His greatest creation of all, he is enraged. In an effort to get back at God, Satan and his demons develop a plan to trick Adam and Eve into eating the forbidden fruit, therefore turning the earth into a battleground between the forces of good and evil.

You may have heard the story of Creation before, but youve never heard it quite like this!

The author, Sarvarski Wilson, was prompted to write this book when he noticed the many problems in the world and realized that all of those problems could have been avoided if Adam and Eve had not disobeyed God. He hopes that readers can acquire from his book hope and inspiration from the fact that even though we messed up the perfect life we once had, we can still be forgiven and have a perfect life again one dayif we receive Gods redemption.

Sarvarski Wilson was born on November 17, 1989 in Birmingham, Alabama, to parents Anthony Wilson Sr. and Sabrina Wilson. He was raised in a Christian home with an older brother, Anthony Wilson Jr. He graduated president and salutatorian of his senior class at Beauregard High School in Opelika, Alabama. He then attended Auburn University and graduated summa cum laude, with a bachelor of science degree in business administration. As a full-time student at Auburn University, he was an after-school instructor at Dean Road Elementary School. His hobbies include sports, movies, and developing the social and intellectual skills of the youth that he interacts with.