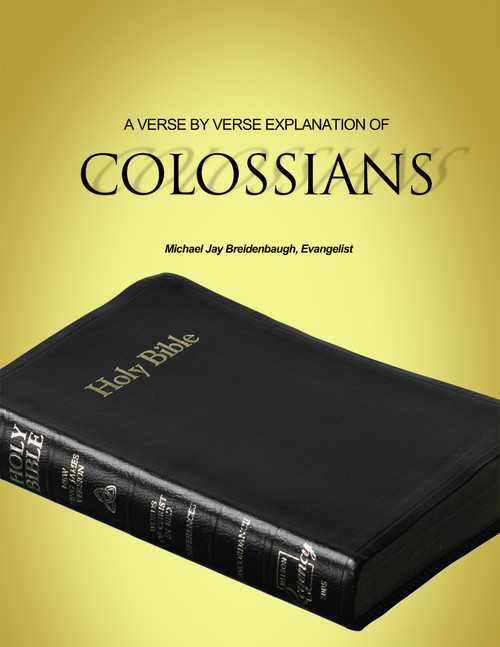 A Verse By Verse Explanation of Colossians
by Michael Jay Breidenbaugh, Evangelist

A Verse by Verse Explanation of Colossians is easy to understand, easy to read, and inspiring. Every Greek word in every verse, totaling 1,619 Koine Greek words, is written and translated from the original New Testament Greek Scriptures. This book is written in outline form, thereby allowing readers to better understand the content of the book of Colossians. Throughout this book, there are 18 tests which you may use to test your learning of the book of Colossians OR to test the learning of those whom you may teach. The answers to the tests are at the end of the book. When you finish reading this book, you truly will be educated and motivated to be the servant God has called you to be!

Michael Jay Breidenbaugh, Evangelist became a Christian on January 31, 1965. From 1967 to 1971, he attended Kentucky Christian College in Grayson, Kentucky, where he was taught by the Greek scholar, Professor Donald A. Nash. It was during this time that he received his outstanding Bible education and knowledge of Koine Greek. Michael has written many articles detailing different Greek words and has also written a Greek grammar book, due to be published soon, and also A Verse by Verse Explanation of James.