You're on the Crazy Train and I'm Driving - eBook 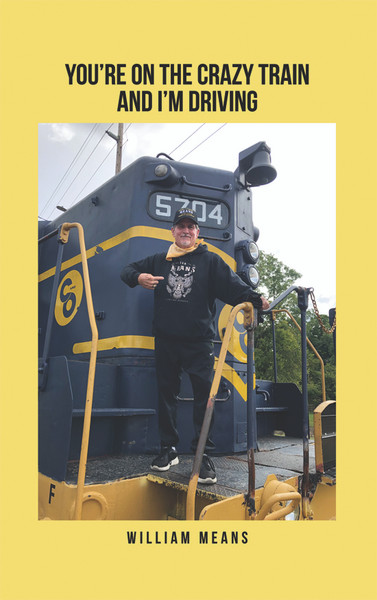 You're on the Crazy Train and I'm Driving - eBook

You’re on the Crazy Train and I’m Driving

You’re on the Crazy Train and I’m Driving is a story of author William Means’s life so far (age sixty-seven). Means had a very tough time early in his years growing up in a big family in Pittsburgh, PA. In those years he encountered some very trying times. As Means met his future wife things turned for the better. His friends tell him that his stories seem not believable but he can assure you they are real. Means came close to making some very bad decisions along the way and took some wrong turns, but with help from his wife, he stayed on track. Everyone that has listened to his stories has told him to write a book about them, so that’s what he did! Means easily could have ended up on the wrong side of the law but something told him to go with what his wife was telling him and it worked. His stories remind him of the TV show This Is Us but his stories probably are a little juicier. Means is a hard guy Yinzer from Pittsburgh that somehow ended up in Cincinnati with a great family. His readers will learn the true meaning of the phrase "Never Quit."

As an adult William Means did a lot of coaching in all sports. He feels he should have gone professional but never tried. He is a competitor at his core. Means does not like to lose at anything, but he has mellowed a bit in his older age. His children are both incredibly successful, something we all hope for in life. Means was the first person in his family to graduate from college. That was very important to him. He is very proud to say he graduated as valedictorian from his university after getting married after his first year of school. Means started out in Information Technology straight out of college and stayed in that profession until retirement. He wondered what a person could do with a BS in Math and he discovered something he never imagined was possible.

A Wild and Crazy Ride - eBook

You're the Best - eBook

You're on the Crazy Train and I'm Driving

You're on the Crazy Train and I'm Driving

Jeremiah Saddler and the Sword of Jardine

Some Kids Have Four Feet - eBook

I Once Was Lost - eBook

Mommi & Daddy: Get Me Ready for the World - eBook