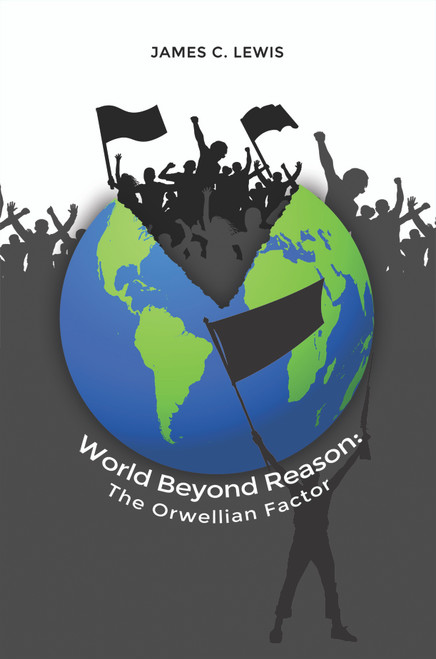 World Beyond Reason: The Orwellian

World Beyond Reason: The Orwellian Factor is the product of several years of focused research and investigation prompted by national and world occurrences. There is a movement in this country to change the United States from a merit-based, market-economy typically referred to as “capitalism” to a Marxist nation by a group called “Progressives.” These Progressives claim they believe collectivist thought under a “Democratic Socialism” ideology would best serve the nation and world. James C. Lewis’s research has revealed that these Marxists fail to grasp they are being manipulated by a force whose ultimate goal is not socialism at all, but a totalitarian ideology under the misleading title of “New World Order.” But, this goal is not merely for the United States but will cover the entire world. Lewis’s research reveals that many events that are occurring today, such as the COVID-19 virus, the coming activation of the 5G network, Islamic terrorism, the “Deep State” or “shadow government,” failing countries, millions of displaced “refugees,” even the Progressive movement, are all calculated to destabilize the Western world enough that the “remedial” outcome will allow those NWO forces to take over and usher in a one-government world. My goal is to expose all of this so the American people get a full understanding that this is all very serious and dangerous to our very existence as a country and as a free people.

Lewis, as a (retired) paralegal, spent his career in a field requiring careful legal and factual research, an understanding about human nature, criminal and constitutional law. He brings those skills to the research of this book.

James C. Lewis holds no special degree or is a member of any scholarly organizations, but he classifies himself as an investigative journalist with his many years experience researching for this book. He is seventy-one years old. He previously was the Executive Secretary of the Solano County Republican Central Committee (SCRCC) for approximately two years. In his younger days he was a card-carrying member of Mensa International, the high IQ international society. Lewis aspires to convince concerned Americans to respect this country and strive to help restore America by stopping this socialist movement. He fully agrees with President Donald Trump’s goal to “Make America Great Again.” He believes that if America’s good people don’t stand against these internal and external attacks on our nation, we will end up regretting it. These forces are determined to destroy America as we know it in order to usher in socialism (Step 1) to the NWO totalitarianism (Step 2). This is not a “conspiracy theory” but it is a conspiracy.

My Doctor Doesn't Like My Face: A Collection of Little Stories from My Medical Practice and More