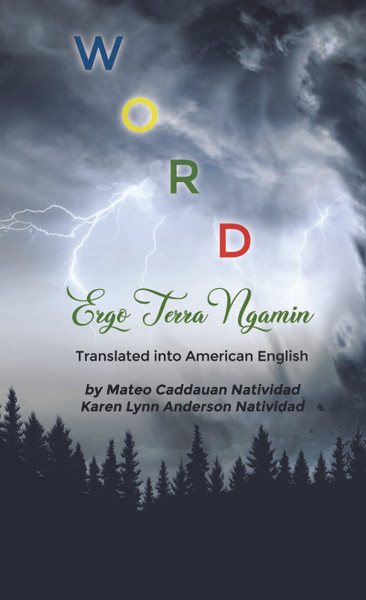 The pandemic and self-quarantining of 2020 caused Ergo Terra Ngamin to reflect on themselves and their mental and emotional states. At the same time, this introspection gave them a more analytical mind and an all-encompassing but focused and open-minded curiosity. With this, Ngamin began to research and understand the two-sidedness, contradictions, and balance within the human existence. Love and hatred, conscience and neurosis. In politics, Democrat and Republican and Independent. And life, death, and enlightenment.

Written in the original language, Itawit, WORD is a translation by a native speaker of Itawit and a native of American English. A genre completely of its own, WORD combines fiction, prayer, poetry, and belief systems with historical and scientific explanations. It is a descriptive analysis into a journey of cruelty, compassion, empathy, and understanding the human psyche and condition through the lens of religion, science, and reason.

Ergo Terra Ngamin was born in Southeast Asia. They graduated with a master’s degree in cultural anthropology in 1976 and enlisted in the US Army in 1979. They were assigned to US embassies in South America, the Middle East, Europe, and two other Southeast Asian countries as a military diplomat and retired as a US Army warrant officer in 2000.

Ngamin’s special interests lie in studies of how the physical functioning of the brain makes the mind, the nature of consciousness, and the brain’s ability to believe, deceive, transform, and heal.