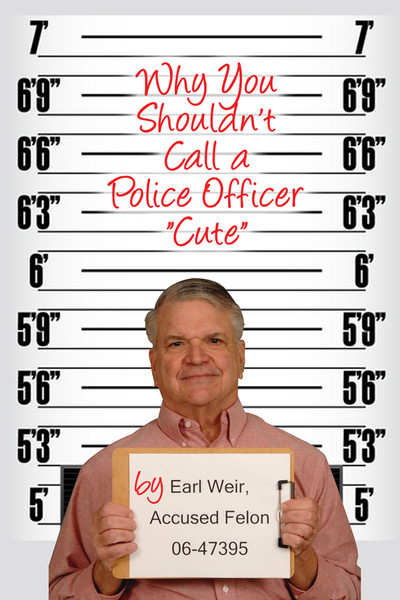 Why You Shouldn't Call a Police Officer "Cute"
by Earl Weir

Earl Weir was swimming on May 20, 2006, at the Howard County YMCA pool, when he was abruptly ordered to leave. It turned out that he was accused of hurting a child while he swam. He wasnt aware that he had done anything wrong, but he was interrogated by a Police Officer, PFC J.S. Cree. In the middle of the interrogation he jokingly answered a serious question with Because you are cute.

He had no idea that the joke would lead to an arrest for the charge of felony assault. He couldnt believe that a female cop would twist a sworn report and go around proper police procedures to slap him with a more severe charge. A surveillance tape of the incident helped get a not guilty verdict. Dr. Weir then tried to sue Howard County for false arrest. He is determined to unveil the injustice made against him by the Howard County Police Department. He wrote about it in detail in Why You Shouldnt Call a Police Officer Cute.

Earl Weir was born in St. Petersburg, Florida, and now lives in Catonsville, Maryland. He is currently a self-employed computer programmer who also enjoys photography and hunting during his free time.

Why Didn’t You Call? A Peace Corps Panama Exposé - eBook

Why Didn’t You Call? A Peace Corps Panama Exposé - PB

Why Didn’t You Call? A Peace Corps Panama Exposé - HB

Why Do Catholics Worship Mary? Book I in the ONE Series

Who Will Rule the New Earth?