Whose Story is it Anyway? (Workbook) 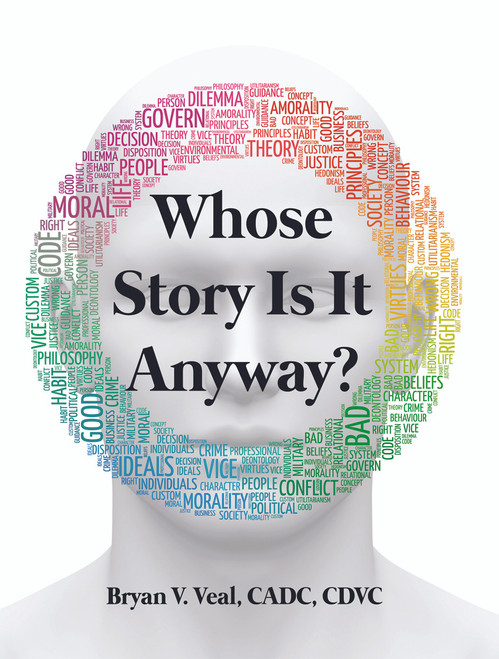 Whose Story is it Anyway? (Workbook)

Whose Story Is It Anyway? (Workbook)

Whose Story Is It Anyway? provides an opportunity for introspection and enables individuals to examine why they think and act the way they do, what stories they have been told, what stories they have made up that are controlling their lives. This workbook will provide the ability to create a new way of thinking, thus changing unwanted behaviors. You will see how you have been programmed to think a certain way by other people’s stories and society’s stories. If you feel stuck or have settled for where you are or convinced yourself that you are where you want to be, this workbook will help you move to a place that you REALLY want to be…unless you are that 1 percent of the world that is doing what they really want to do.

Bryan Veal was born in Roswell, New Mexico, and raised in San Francisco, California. He was raised in a traditional, two-parent, middle-class family home with a brother and two sisters. He has been in the counseling field for over twenty years. He has gone from student body president and Who’s Who amongst high school juniors throughout the United States to a homeless, drug-addicted individual on the streets of San Francisco and the Bay Area. In the midst of his trials and tribulations, he has managed to reconstruct his life to achieve a Bachelor of Arts degree from California State University, Sacramento. There, he became a Brother of Phi Beta Sigma Fraternity, Incorporated.  He pledged Lambda Kappa Chapter out of UC Davis. He has been a licensed counselor for drugs and alcohol since 1993 and a certified domestic violence counselor since 2002. Veal was one of the first six students to complete Drug and Alcohol Studies, a CAADE Certification Program, at the College of San Mateo in California in 1993. He currently is the founder and CEO of B and V Services and continues working with and counseling individuals and groups in both domestic violence abuse and drug and alcohol abuse. His biography is also in the process of being published.

Whose Story Is It Anyway? - eBook

Quotes Plus: A Book of Quotes & Thoughts of a Deep Thinker Plus True Short Stories

On The Job: Which One Are You?