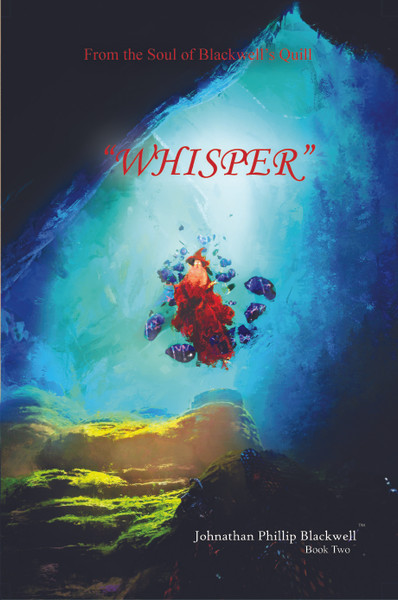 From the Soul of Blackwell's Quill "Whisper"

Witches, warlocks, priests, and wizards, from the cycle of creation unto birth, all have a special calling. A silent, mystical purpose predestines them to achieve an unknown feat. Fathar, a young orphan boy, is guided by an Elder Wizard on his magical journey to become the most powerful being in the universe. On this journey, Fathar is guarded by a fearsome dragon of unfathomable might, Whisper! To understand life—past, present, and future—step into this illusional experience, a small sliver of the reality we have lost control of. Within the imagination, such a place lives as a dream so vivid it dares not be denied.

Johnathan Phillip Blackwell was born in Honolulu, Hawaii and lived there until age twelve. Joining the U.S. Air Force in 1964, Blackwell spent sixteen years in Japan and nine months in Vietnam before being medevacked out. In all, he served in the U.S.A.F. for twenty-six years. Blackwell has played guitar in a band, and he loves to play chess. He also

enjoys studying plate tectonics, astrology, and astronomy, but his true love is writing. Blackwell has lived all his goals and then some. He presently resides in Ogden, Utah.

Secrets of the Unforgiven - eBook