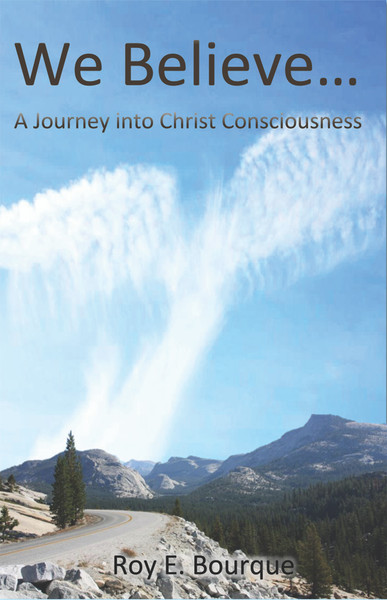 We Believe… A Journey into Christ Consciousness details the bridge that was formed between science and spirituality from those experiences. Since that time, the author has researched religious history, looking for connections that would correlate modern science with what the ancient writers knew. This endeavor has brought clarity to much of what the church teaches, as well as serving as the basis to weed out misconceptions that have muddied up the waters. This book may serve the reader who is looking for connections between science and religion.

Roy E. Bourque grew up in Massachusetts as a Roman Catholic. Having had spiritual experiences at an early age, he became intrigued by the controversy between science and religion. Upon graduation from high school, Roy enlisted in the US Navy where he was trained in the nuclear power field. He became an electrical operator on a fleet of ballistic missile submarines.

Upon discharge from the Navy, Roy found a job as a control room operator at Norwich Public Utilities in the electric operations department. He would later become the control room supervisor managing the operation of the city’s electrical distribution system. In this capacity, Roy wrote training materials, equipment operating procedures, and instructions for dealing with customer service problems. While employed, Roy purchased a two-family home in Norwich, Connecticut. He upgraded the home, doing much of the repairs himself, with some help from his family. He still resides there today.

In his spare time, Roy became a private pilot, took up photography, and became a lighting designer for local community theater. He also conducted research into religious history, mythology, Eastern philosophy, and mysticism. This led to his first book: The Merging of Two Worlds, which seeks to show the connections between science and religion.

In additional to all this, Roy is an officer in the Civil Air Patrol. He serves as an Aerospace Education Officer for cadets and is a Ground Team Leader in Search and Rescue exercises. His home base is in Groton, CT. Roy lost his first wife to a tragic accident. He remarried and has two stepchildren. He is currently retired and setting up an “O” gauge model railroad set at his second (inherited) home in Jackman, Maine.