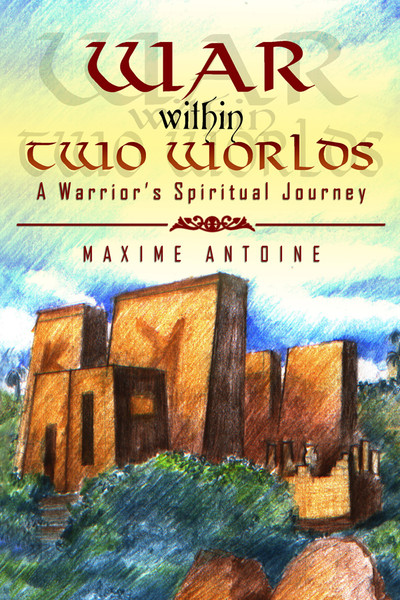 Ountam was a warrior. He had spent his life engaging in battle. This made it very hard for him to accept the teachings of his Maat priestess, who encouraged him to live by the principles of love and peace.

As a defender of the Temple, he sought to protect this way of life. Yet when faced with a difficult encounter in battle, he lets his anger get the better of him. He fights to kill rather than to paralyze and hopefully rehabilitate his opponents. It is this rage that leads to his demise and his journey to the next plane.

Now Ountam must learn to control his emotions so he can lead his community in the ultimate battle against the Dark Deceased. It is a monumental challenge, but the power of love must prevail in order to bring peace to the next plane and light to its inhabitants.

Maxime Antoine, a native of New York City, currently resides in Spring Valley, New York, where he works as a math teacher at Pomona Middle School. He previously taught for fifteen years at Halsey Middle School in Brooklyn, NY. He is married to Diahann Darwood-Antoine, and they have two children.

Maxime was inspired to write War within Two Worlds by the wisdom he received from his ancestors while meditating and the teachings of the priesthood members from Ausar Auset Community.