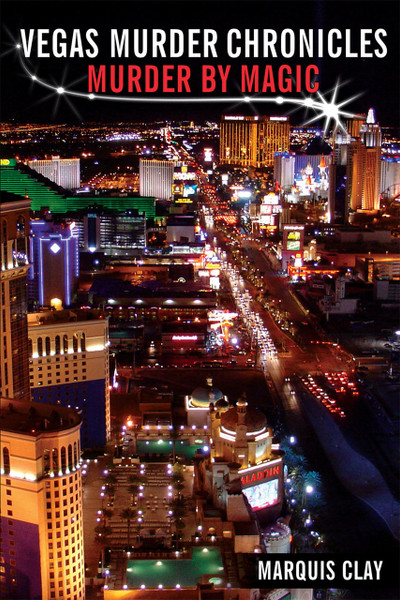 Marquis Clay's Vegas Murder Chronicles: Murder By Magic is the first in a series of modern crime and mystery works of fiction that could be plucked from today's news. The main characters of this novel are Jake O'Neil, PI, and Detective Rachel Jackson, Vegas PD Homicide. One-time partners on the police force, when it became known that they were romantically linked, Jake resigned to become a private investigator, allowing them to remain a couple. They now have a very engaging, but sometimes difficult work relationship with Rachel as a homicide detective and Jake as a consultant for the Vegas PD.

The first plot twist in this tale occurs when the two attend a show of the world famous magician Kane Marko at the Silver Star Grand. After a series of magical illusions, the body of a women is found in one of his onstage props. Little did they know, this crime was connected to a robbery/kidnapping committed earlier that day...but how?

About the Author: Marquis Clay has been writing with a passion for mystery since fourth grade. His favorite detective shows growing up were Spencer for Hire and Hunter. His creative influences come from watching detective shows and reading crime novels of fellow writers.

This is his first novel. Be on the lookout for future writings in the Vegas Murder Chronicles series.

Veggies and Fruits from "A" to "Z"